Valve Is Doing Steam Bundles A Little Differently From Now On

As in, a little cheaper.

We all know how it goes: Steam puts together a sweet bundle of mostly stuff you want, and some other stuff you already own that's just gonna go to waste, and you have to suddenly become Allan Greenspan to figure out whether the bundle's still worth the asking price or not. Those days might actually be over.

According to PCGamesN, Valve has started sending developers notifications that they will be implementing a system for dynamic bundles into the Steam Store. What this means is that while developers can name their own price for the cost of buying a full bundle, the price for consumers will reduce if they already own games as part of the bundle. 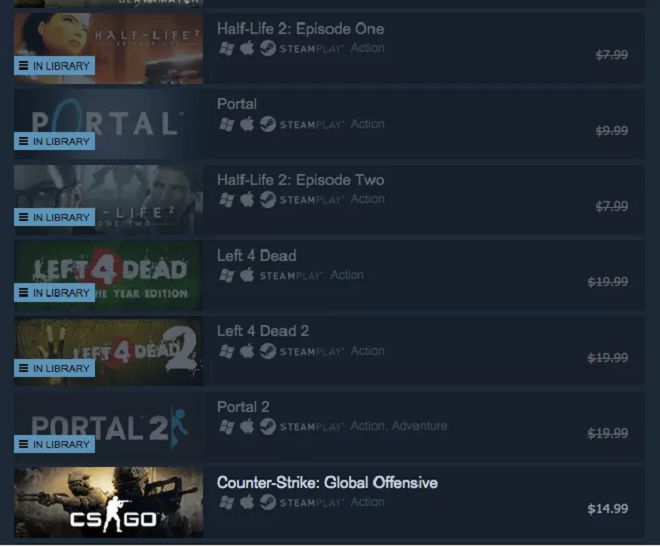 The system doesn't appear to be in widespread adoption yet, however PCGamesN has screenshots of the Headup Games bundle on multiple accounts which has no games purchased, a couple, and half, and Polygon just backed them up by checking out the Valve Games Bundle. Sure enough, the previously purchased titles are greyed out, and the price dropped accordingly. And the crowd goes wild. Multiple sites have reached out to Valve for confirmation, so one can probably expect an official announcement sooner than later.