Get 'Trials Of The Blood Dragon' Free On PC...If You're Good Enough

Good news, PC gamers! If you haven't thrown down the money for 'Trials of the Blood Dragon' yet, on July 22nd, you'll actually get the chance to try the game out thanks to Ubisoft releasing a demo to uPlay. It'll likely include a smattering of the game's introductory levels, if anything, though probably saving its more bonkers stages for the full game.

Even better news: Ubisoft will be setting up said demo so that players will have the ability to unlock the full game for free.....if they're good enough. 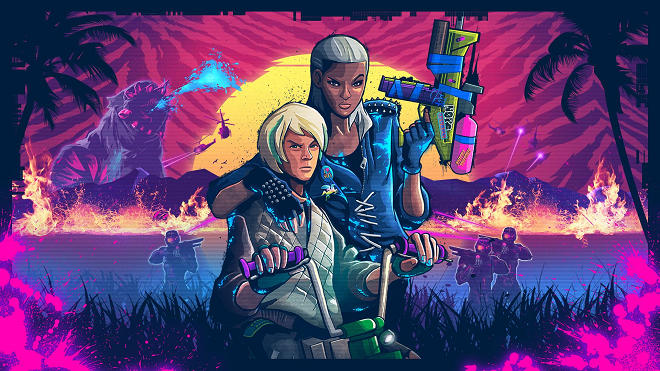 See, the catch to PC players getting the full game is that they'll need to get through the demo with fewer than 15 faults. Basically, you can't screw up more than 15 times. Which would be perfectly fine if 'Trials' wasn't a game were screwing up wasn't very literally as easy as falling off a bike.

For what it's worth, 'Trials of the Blood Dragon' IS probably the easiest of the 'Trials' titles thus far, so experts may have a better chance at snagging the full game than most, but there's also some real annoying platforming going on that might throw even veterans for a loop. Course, you could cut out the middle-man and just throw $15 at Ubisoft and buy the game NOW. But where's the fun in that, right?