Hear Sean Bean Gush About the Speed in 'Train Simulator 2015,' Which Launches Today

"And what speed! Heart-pounding, adrenaline-rushing…"

Dovetail Games has one again enlisted the help of Sean Bean, and this time it is for the launch of 'Train Simulator 2015.' Naturally, Bean lends the whole experience and enthused elegance, while at the same time keeping in step with the leading train simulation game's "We Are Rail Fans" spirit.

'Train Simulator 2015' even includes the Hitachi Class 801, a high-speed train that is set to enter service in the UK in 2018, but can be operated right now in the game.

Some routes included in the game include:

This new PC game, though, is still compatible with more than a 100 existing add-on locomotives routes, plus the Steam Workshop.

You can find the latest info on 'Train Simulator 2015' linked from our Video Game Release Schedule. 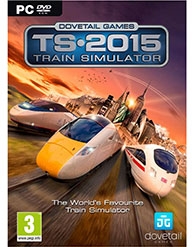