It's A Deadly Cold Struggle: Impressions from the Xbox Preview of 'The Long Dark'

'The Long Dark' is a survival game in development by Hinterland, a mostly offsite studio headquartered in Canada. They collected over $250,000 CAD on Kickstarter to fund the game in 2013. In late 2014 the game entered Steam’s Early Access program, and now it is available on the Xbox One’s equivalent trial system, Xbox Game Preview. The studio anticipates a full release on Xbox later this year.

In its current trial iteration, 'The Long Dark' has just one gametype and map available, but I imagine the core experience differs very little on the other modes. It is a first-person survival game where the player takes the role of a pilot who has been downed in the harsh Canadian wilderness after their aircraft mysteriously malfunctioned and crashed. (It reminds me a bit of 'Hatchet', a youth novel written in the 80s about a teenager who crash lands a plane in northern Canada after the pilot suddenly dies mid-flight, and must then survive with nothing but his hatchet.) Equipped with just a few food items and insufficient clothing to insulate me from the insidious cold, I set out to gallantly scavenge what I could from the environment and defend myself from encroaching death. 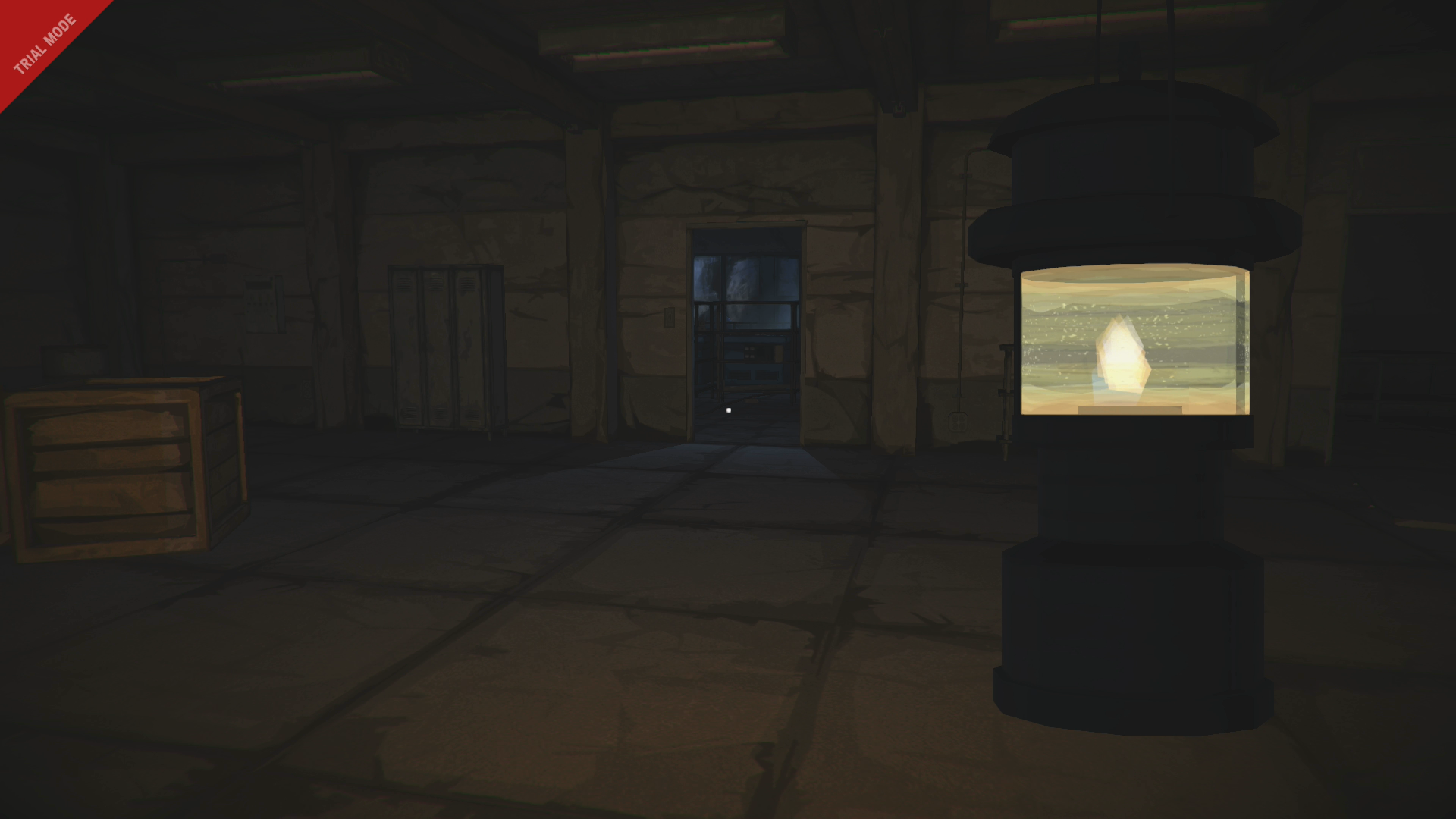 Scavenging and surviving was my intention. The actual result was a lot of death, ranging from mere hours to a couple of days of in-game time. The game only saves when sleeping or zoning through a door, and when the player character dies, that save is immediately deleted and nothing is carried over to the next game. This is a hardcore survival experience, especially when not played on the easy difficulty setting, where animals are docile (even on the medium setting I have not survived long enough to meet any wolves or other terrible creatures). The character’s vitals must be micromanaged, and that includes caloric intake, body temperature, and hydration. Because the map is a snowy forest, logs and water are easy enough to come by, but collecting either is time- and calorie-consuming. Starting a fire was challenging unless I had any accelerant on me, and I typically saved that precious liquid for my lantern. Unlike many other survival games, things like collecting firewood and searching containers are automatic activities represented by a progress bar. There is a set of skills that can be improved through repetition, such as fire-starting. 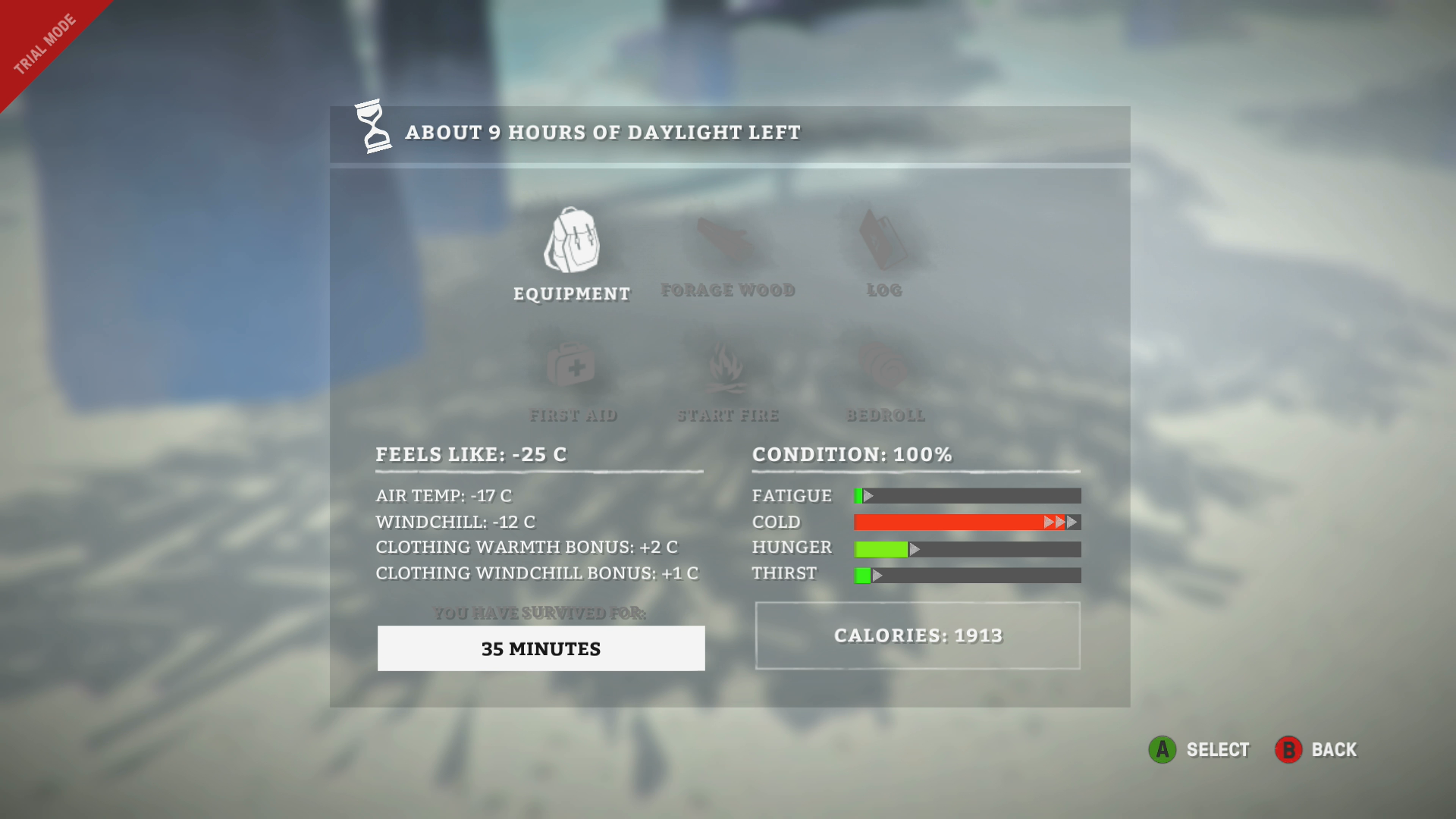 The level is very desolate, with just a few signs of human activity dotting the landscape - a hunter’s shack here, a frozen corpse there, some cans of dog food hidden in a file cabinet. Being outside at all is generally not recommended, as without adequate winter clothing (difficult to come by), I soon succumbed to exposure. On each playthrough I made a beeline for the abandoned dam facility in the southeast of the map, it being one of the few places where the cold wasn’t an issue. Even still, calories tick down very quickly, and sources of food are few and far between. Like their real life counterparts, deer are tasty, quick, and skittish. Were I lucky enough to find a rifle and then sucky enough to whiff the first shot, the deer was gone before I had the opportunity for a second. Cue starvation and a game over screen. 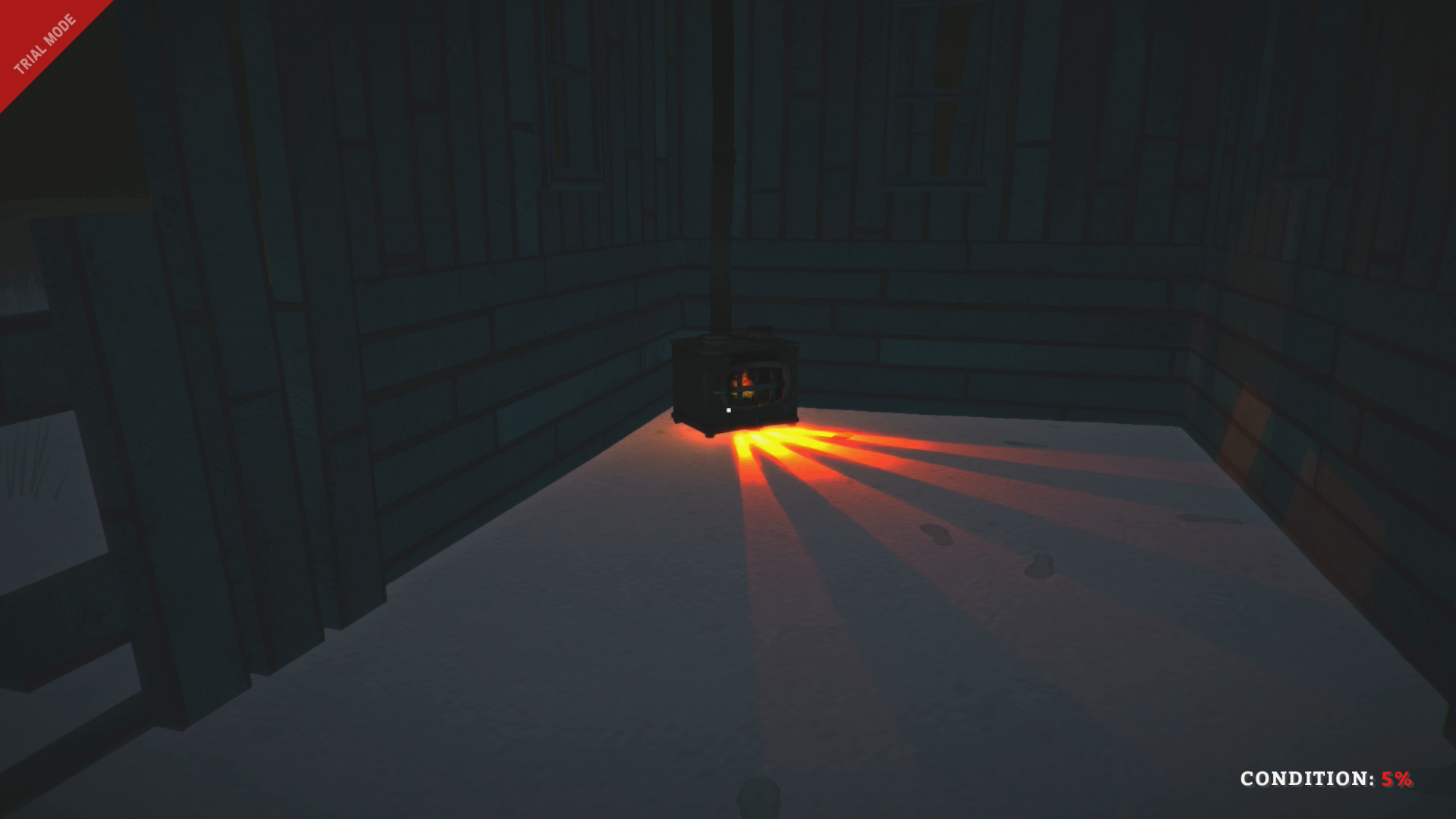 Not without its problems

The game plays much better than it looks. Technically it’s not astounding, with visuals a few years old, anemic lighting, relatively clumsy shooting mechanics, and a tiny cursor that makes interaction problematic. While we must keep in mind that the game is not finished, the engine is probably not going to leap forward before this game is done, and the remaining work is fleshing out the maps and game modes. Still, its shortcomings are unable to foil the addictive gameplay of 'The Long Dark'. With every death I vowed to survive longer on the next attempt, although that wasn’t always the case, even with my knowledge of the map increasing with each life. The map itself is not procedurally generated, but supplies are scattered in different places each time. One thing I’ve noticed is that, while some of the mechanics seem to be realistic, like the effects of cold (although I’m hardly a survival expert), others are kind of strange. Would an otherwise healthy female pilot die in two days if she doesn’t get 2,500 calories each day? Why does it take four hours to collect enough firewood for two hours of fire? 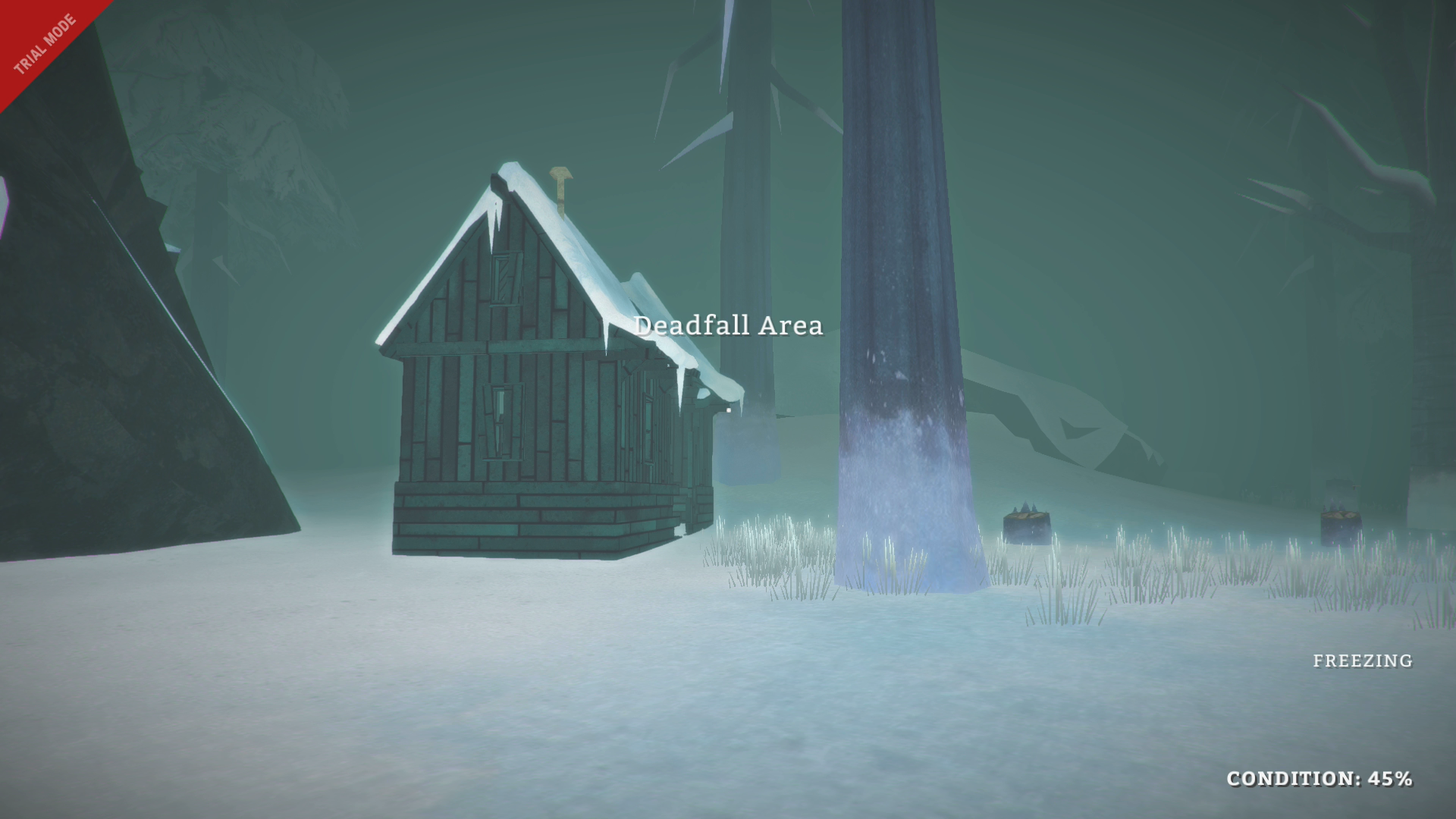 Sandbox mode is fun but I’m even more interested in the story mode that Hinterland has been working on. It will be episodic and, unlike sandbox, has NPCs. My imagination is piqued - will I be able to work with other people? Can I trust them? Will they try to kill me for my supplies? Will there be sharing of trail mix recipes? 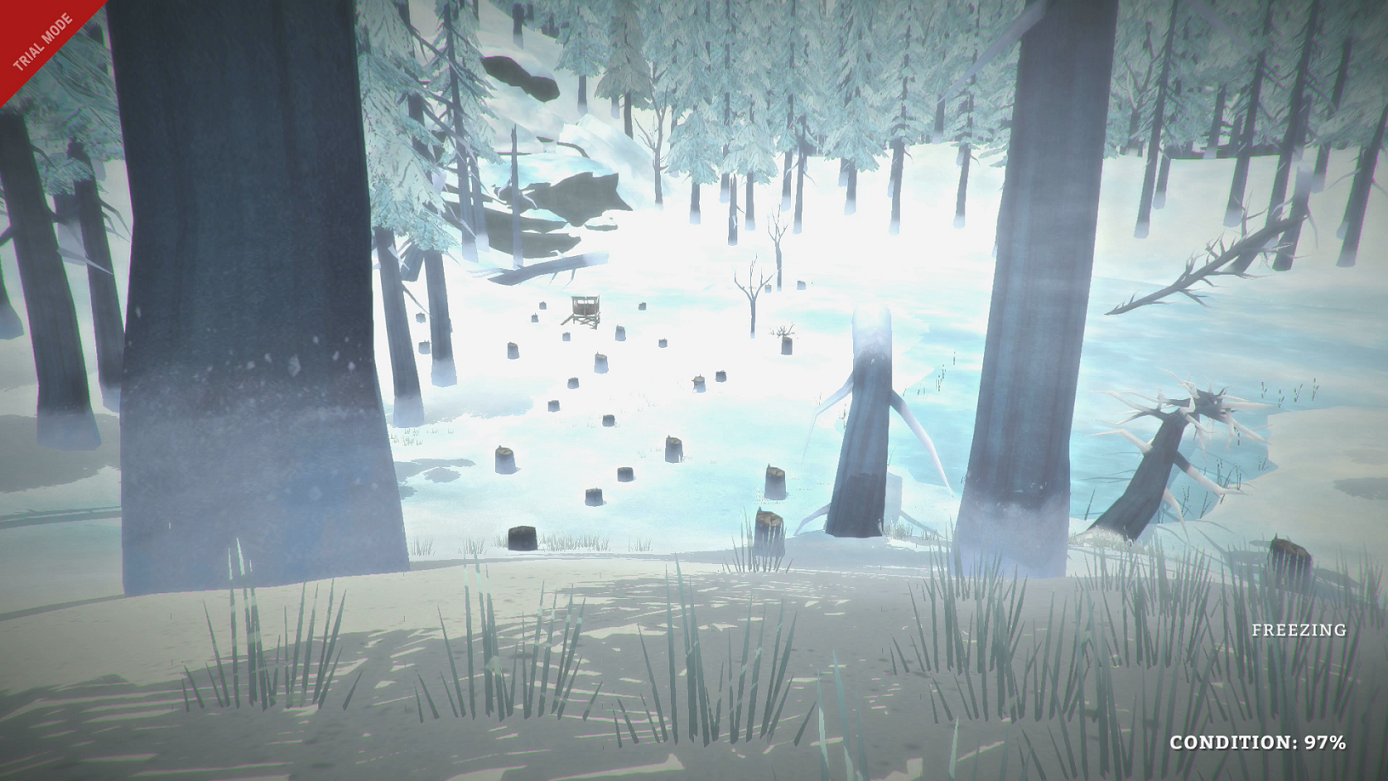 The potential is there

I only had a short time with 'The Long Dark', but it is showing promise. We haven’t seen much in the survival genre on the Xbox One, and Hinterland is very passionate about their project. Despite its unreleased status, it has sold over 250,000 copies, and has a strong player community. Perhaps the best way to sum up my experience with the game is that I want to play more.