While 'Street Fighter V' definitely had a rocky launch, Capcom has been heavily supporting the game over the past year, filling it with new content and plenty of updates. Today marks the start of the game's second season, bringing with it a new character, tons of balance changes, and a whole lot more.

Starting things off, series mainstay Akuma will be joining the fray as the first character who'll be released as part of the game's second $30 season pass. Purchasing the pass will net you all six season two characters, premium costumes for each new character, and a PS4 theme.

Akuma himself has been heavily detailed, with Capcom describing him as follows:

Akuma returns to Street Fighter V, displaying his mastery of Ansatsuken and while he has become burlier than previous games, he possesses quick footwork and devastating combos. He has a wide array of destructive tools and is able to completely out-class opponents with his oppressive pressure. His moves and stances often strike poses reminiscent of Buddhist statues and Ukiyo-e paintings.

His V-Skill, Rakan, is similar to Ryu's in that it allows him to parry incoming attacks. Akuma can then follow up successful parries with either an upward kick or a long-reaching palm strike. His V-Trigger Dohatsu Shoten is described as follows:

Akuma powers up and envelops his body with ki to enter Dohatsu Shoten mode. In this mode, his Gohadokens are more powerful, now able to travel full-screen and he can unleash two in the air even while jumping backwards. Additionally, when he lands his Goshoryuken attack, he follows-up and violently drives his opponents into the ground.

He has two different Critical Arts. His standard CA will allow him to attack enemies with a giant pillar of fire, while his alternate CA can only be used while his V-Trigger is active and sees Akuma gliding towards opponents and dealing out devastating attacks in rapid succession. You can see his story, premium, and nostalgia costumes below: 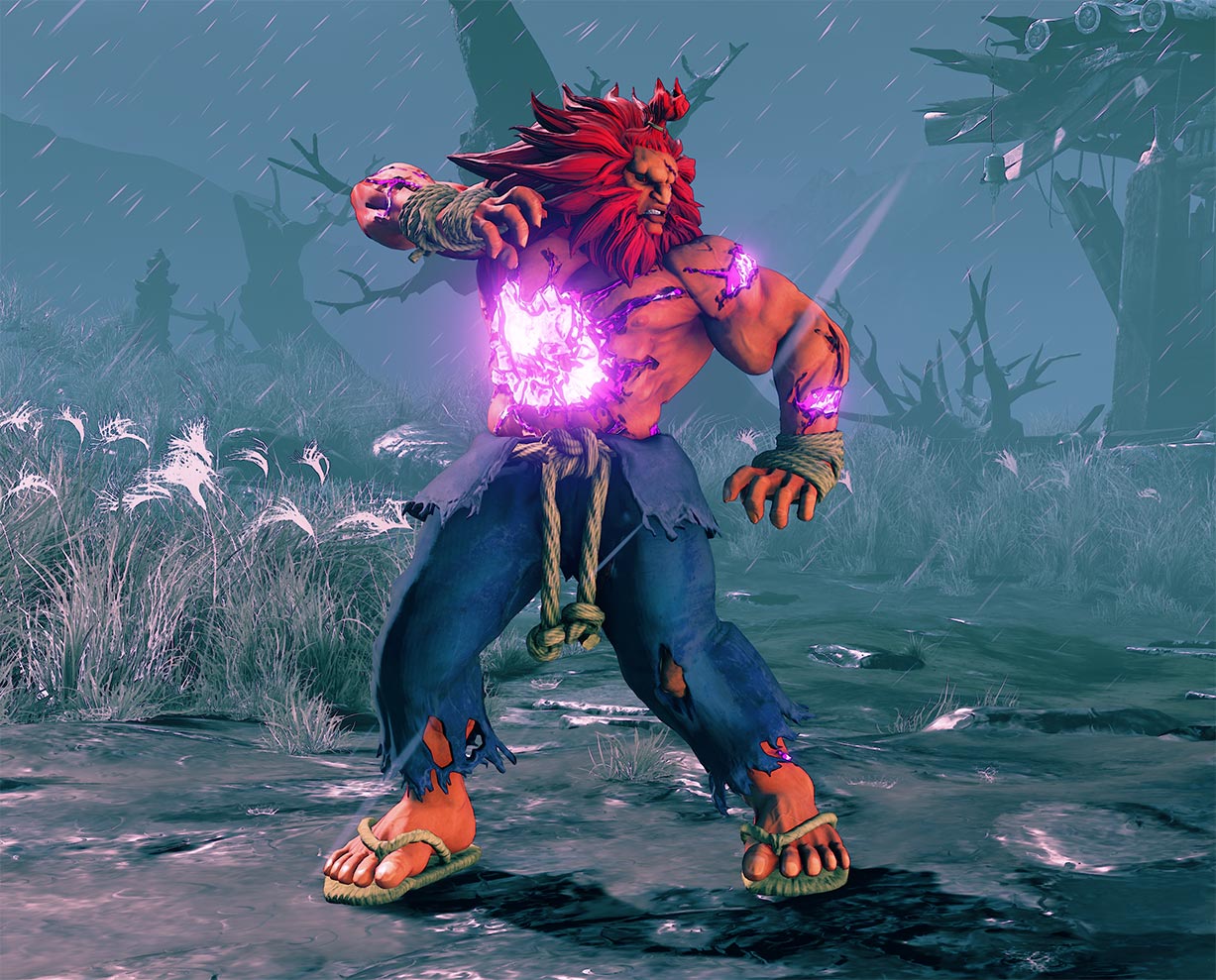 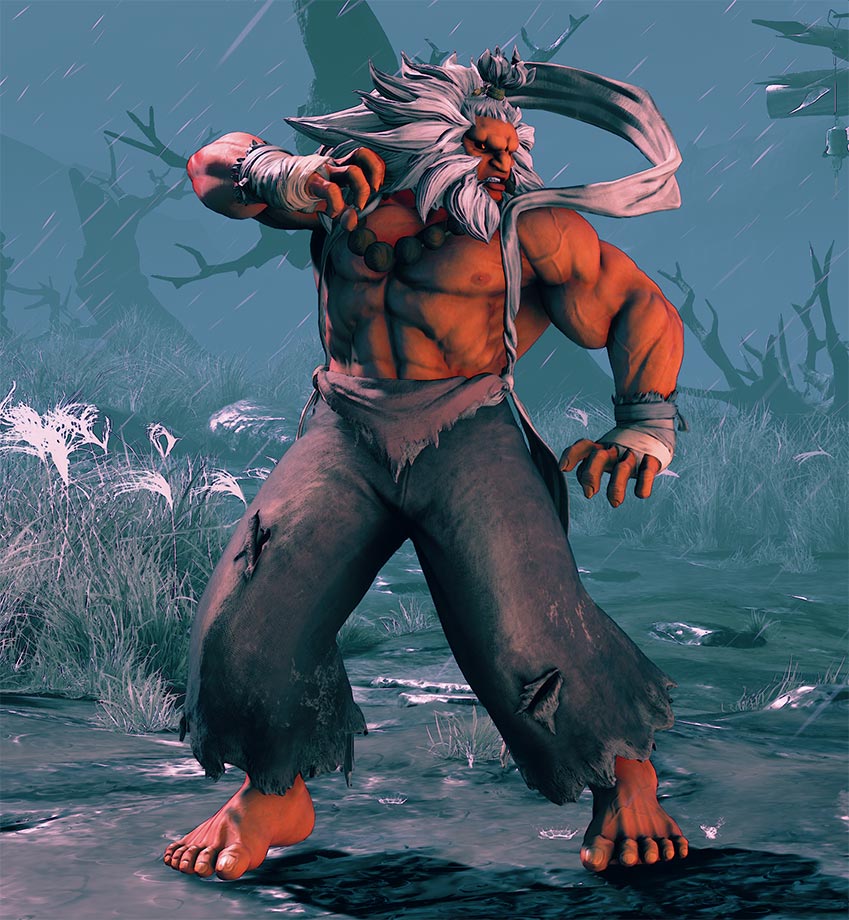 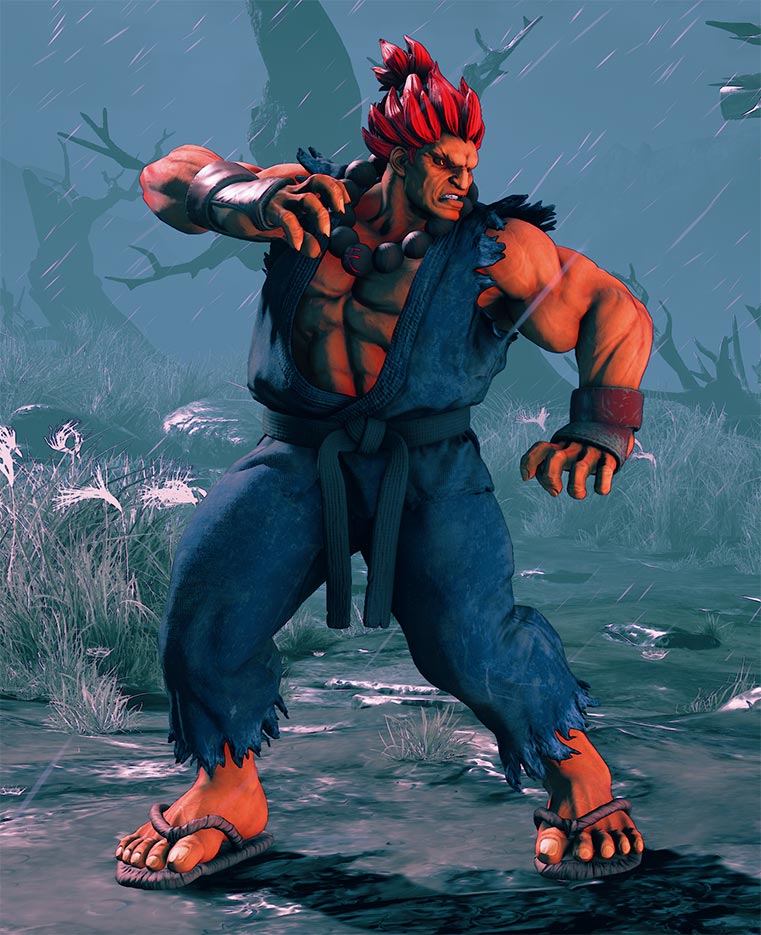 Also being released today is the Holiday DLC pack, containing outfits for a bunch of the characters as well as a new stage. The DLC can be bought in a bundle for the discounted price of $20, or individual outfits will cost $3.99 while the stage will cost $1.99 or 40k fight money. This content will only be available until January 17th.

Lastly, and perhaps most notably, the game has undergone a ton of balance changes, which we won't go over in full here. Capcom has released a 92-page PDF detailing every change. The most notable changes include adjustments to invincible moves that used no meter such as shoryukens, as Capcom found that characters who had these moves were largely more effective than those who didn't. All characters have undergone a variety of changes, with some having new moves and combos added while attack properties have been heavily revised in many cases. It's worth checking out to see how your mains will have been impacted, and these could all be revised in future, but on the whole, this should make the game a great deal more balanced overall.

As we head into season 2, the future looks bright for fans of 'Street Fighter V', and I'm looking forward to supporting the game for years to come.