'Heroes of the Storm' Impressions: For Better or For Worse, It's Not Casual

The MOBA (multiplayer online battle arena) genre, in its current incarnation, began in the 'Warcraft III' modding community. In 2003, a map called 'Defense of the Ancients' ('DotA'), influenced by a 'StarCraft' mod called 'Aeon of Strife', was released to immense popularity. In 'DotA', and pretty much every MOBA released since, several lanes of traffic connect two home bases, one for each team. Players from each team take control of one hero apiece, and attempt to storm and destroy the opposing base. This is accomplished by traveling down the lanes and disrupting enemy structures, NPCs, and heroes. As a team destroys enemy resources, they increase in power. The genre is wildly popular and, along with 'StarCraft', one of the centerpieces of the esports movement. Riot Games, developer of 'League of Legends', has released precisely 1 game in the last seven years, and it typically grosses over half a billion USD each year. 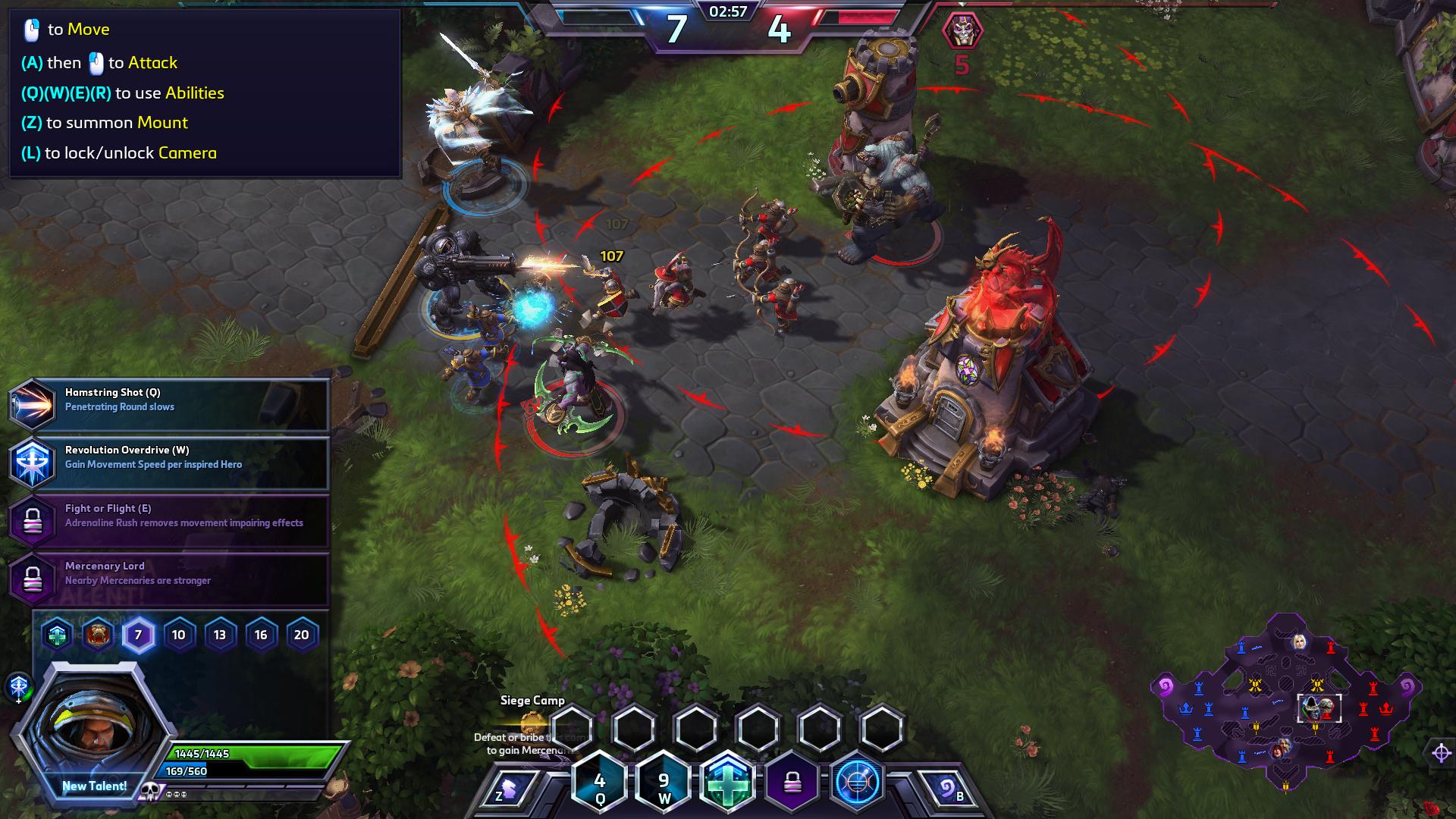 'Heroes of the Storm' is Blizzard’s thinly veiled attempt to directly cash in on the MOBA craze. Heroes and villains from their popular franchises, like 'Starcraft' (even 'Ghost') and 'Diablo', are pimped out solely for their name value, not unlike Disney’s 'Infinity' franchise. Attempts to suspend disbelief are quickly quashed by the game, as Raynor is told in the tutorial: "Try not to think too hard about why this is happening". While Blizzard’s PR insists on labeling 'Heroes' as a "hero brawler", this is unequivocally a MOBA.

'Heroes' began development in 2010 or so, and went through a few name changes and reboots, as games are wont to do. Its alpha began in spring 2014 and the closed beta began in January 2015, although there are so many players with a key that it hardly seems closed at all. The actual open beta segment is scheduled to premiere on May 19th, allowing a few weeks of testing before the June 2nd release.

How does it play?

At the time of this writing there are 36 heroes divided into four classes: assassin, warrior, support, and specialist. Assassins are glass cannons, warriors are durable front-liners, supports do exactly what their name suggests, and specialists can’t easily be quantified into the other three classes. There is a brief and informative tutorial before the player is dropped into the MOBA abyss, at which point the player can enter practice matches by themselves, co-op games with a team of five player heroes against five AI heroes, and full 5v5 PvP matches. 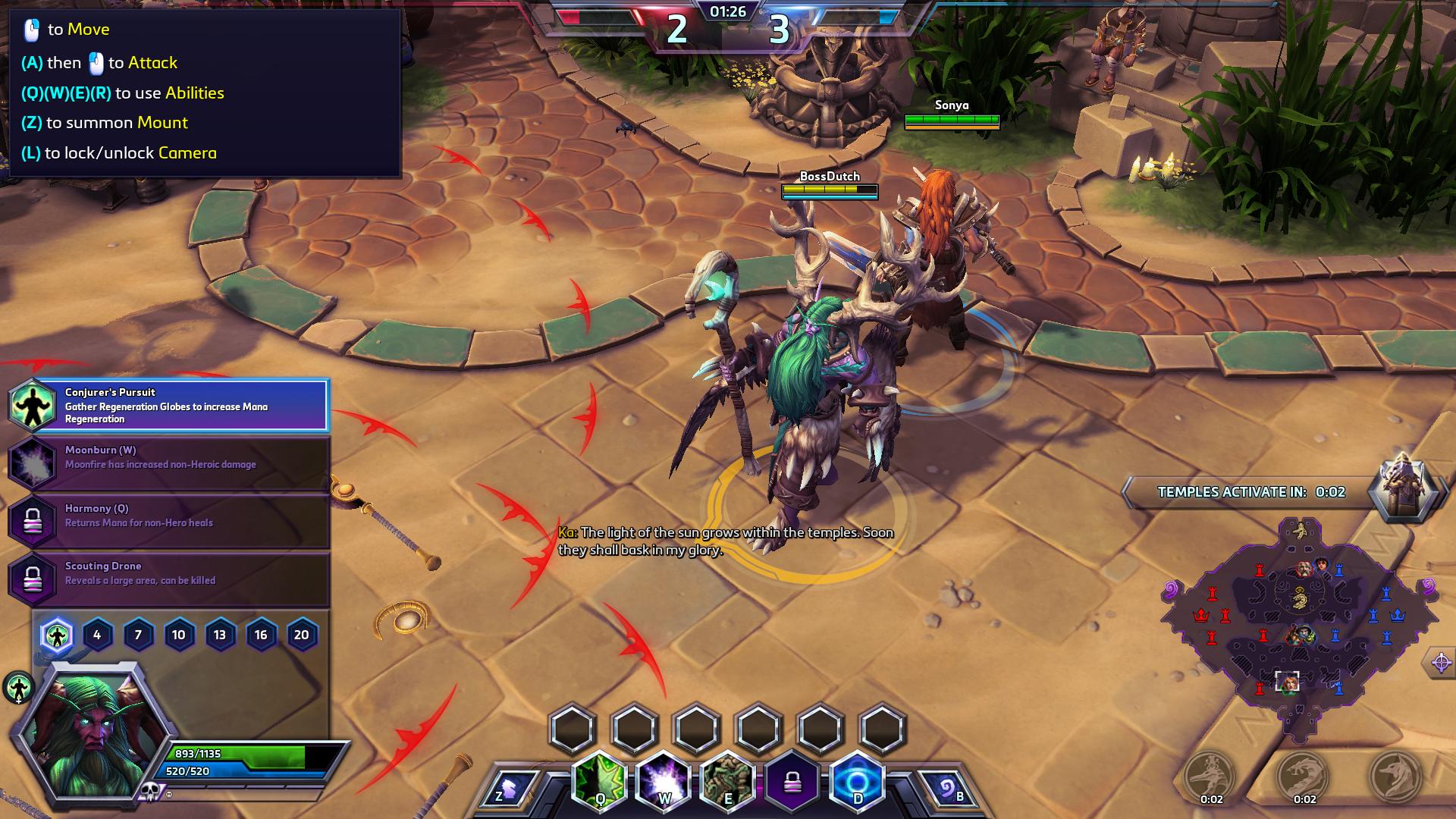 During a match, the player’s goal is to assist their team in destroying the enemy base. Like chess or soccer (both of which share some similarities with 'Heroes', along with RTS games and even pinball), there are many, many ways to skin this cat. A team’s strategy can depend on a great many variables: the team’s hero roster, the enemy roster, how the heroes allocate their skill points, and even the map itself. Squads of weak NPCs ("creeps" in MOBA parlance) swarm down each lane periodically, and are frequently used by heroes as a screen. Dying as a hero is usually a minor setback, with a short (5-60 second) stint in the penalty box and a trip back to home base. The worst part about dying is that the enemy team gains a large experience boost for the kill, rewarding teams who are adept at hero murder. 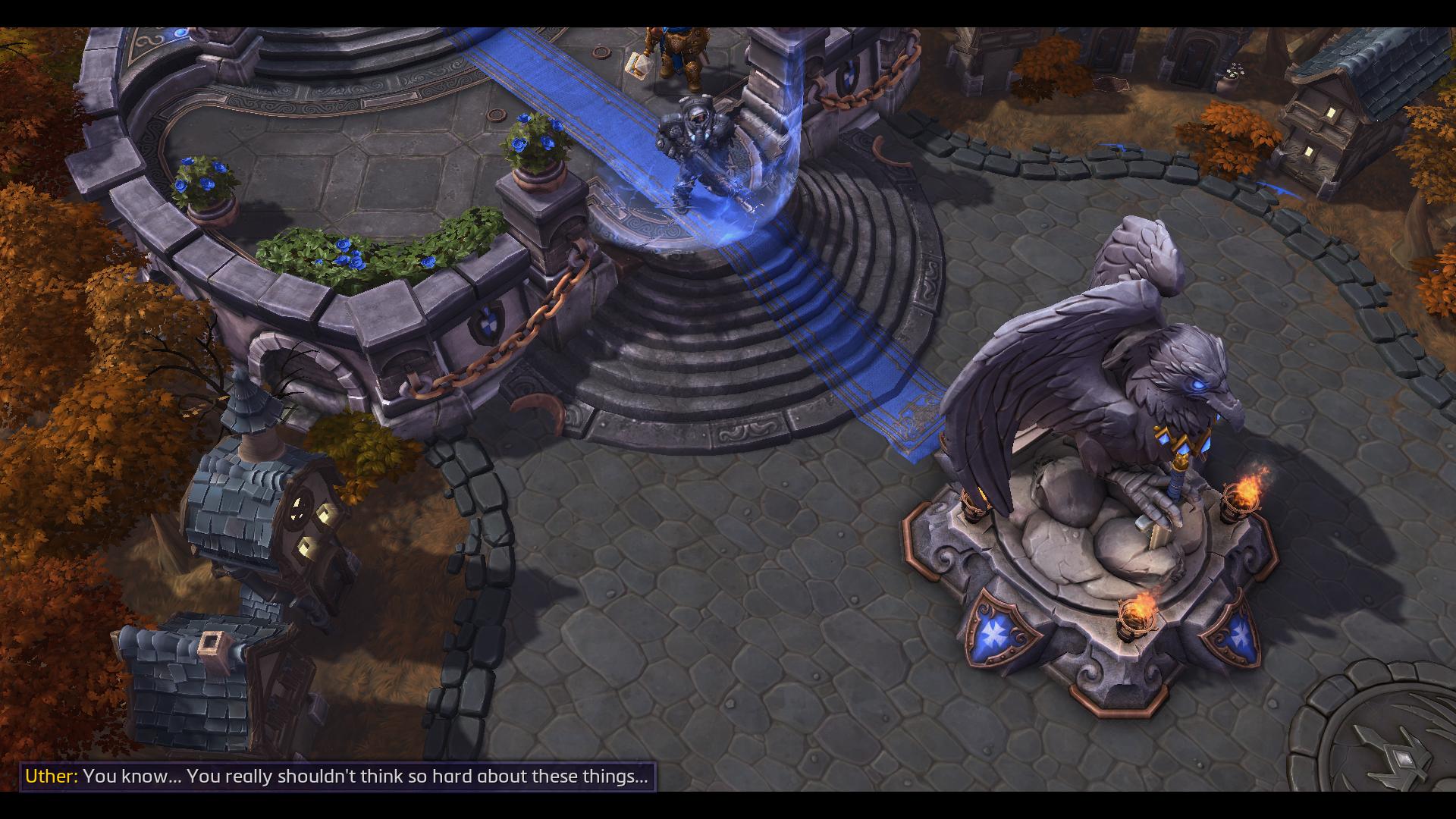 This is where the RPG elements get a bit fuzzy. When heroes level up, they earn talent points and new abilities. More of these can be selected as a player’s level goes up outside of matches. There is an in-game hero level (1-20), an out-of-match "meta" hero level, and an overall player level. As I played matches with Tyrael, for instance, his meta level went up. This gave me a broader selection of talents. But, in each match, he still starts at level 1. This means that in each match I can select a different strategy for developing Tyrael’s skills. If I have a tanky team, I can focus on more damaging skills. If I have a fragile team, I’m going to need his shielding abilities to protect them. 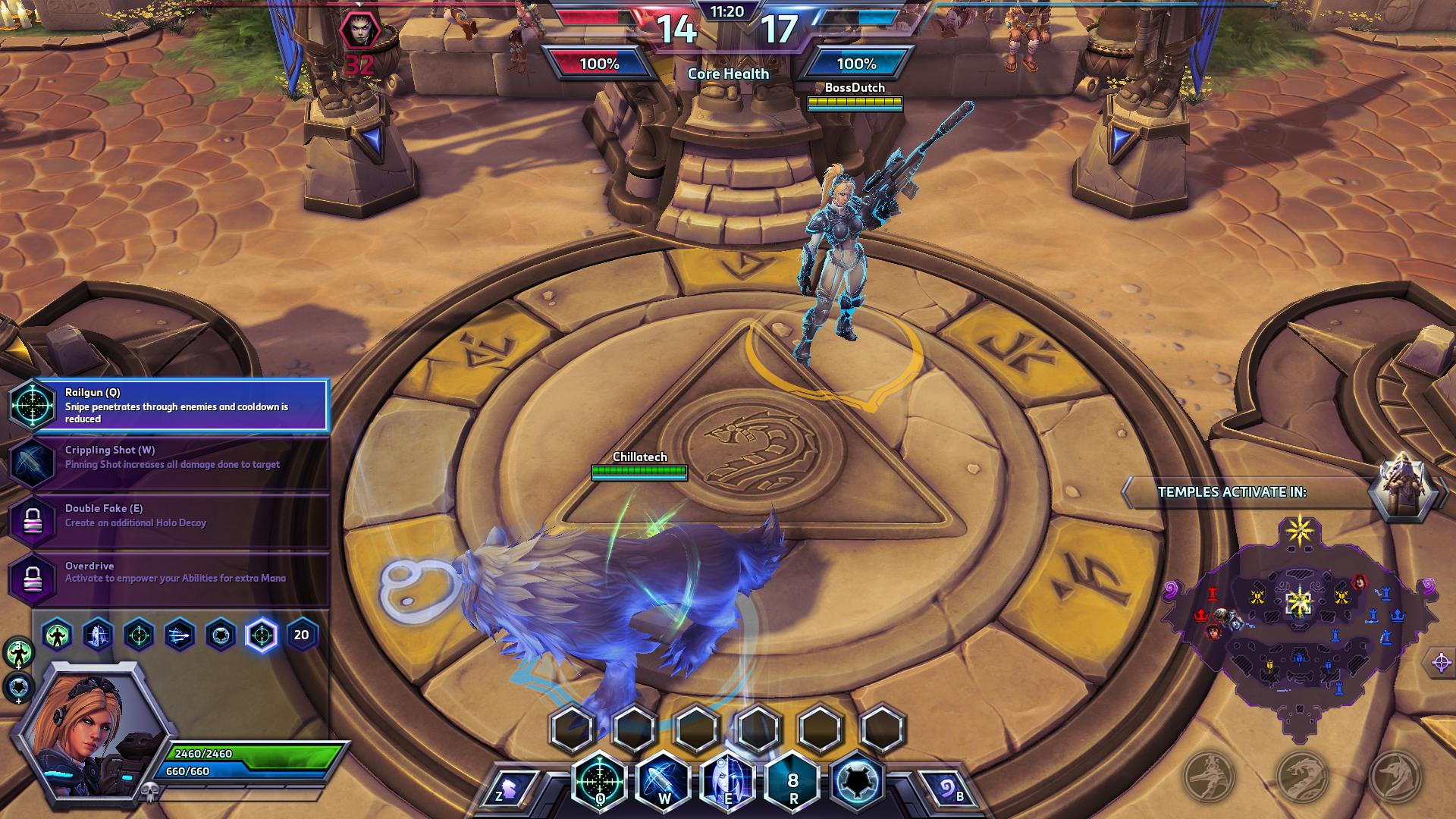 Each map has, in addition to tougher NPC mercs that are hired when defeated in battle, some kind of gimmick that can be exploited and strategized with to give a team a significant advantage. In the Blackheart’s Bay map, for instance, bashing open chests in center areas rewards heroes with doubloons, which can be redeemed at Blackheart’s ship. When a team turns in enough doubloons, they get a cannon volley against enemy turrets. Most of these mechanics bear a similarity to this - collect a macguffin from around the map (sometimes dead heroes), take it to a neutral faction, receive benefit. One of my favorites, the Haunted Mines, is a two-lane map with a separate underground dungeon where skeleton NPCs periodically spawn and can be killed for a reward. Because the lane creeps do not enter this area, and it only opens for a limited period throughout the battle, it quickly becomes a bloody hero brawl.

Being a MOBA, this is a freemium game. The client and a weekly rotation of heroes are free, but everything else has a price. This includes heroes, skins, mounts, and booster packs that offer timed experience and gold bonuses.

My contempt for the freemium model notwithstanding, 'Heroes' is a pretty grind-intensive experience. A victory in the co-op mode, for instance, takes 12-15 minutes and rewards the player with 10 gold coins (the game’s free currency, which can be used to buy everything except bundles and boosters). The cheapest heroes cost 2,000 coins apiece. So, in victories alone, it requires upwards of 40 hours of co-op to buy one of the cheapies. The best heroes are released at 15,000 coins and eventually settle into a permanent price of 10,000. There are of course daily challenges and level bonuses that mitigate this steep barrier, and PvP play rewards more gold, but having even a decent roster is going to require many hours of play or a dip into the wallet.

Is it any good?

The short answer is yes. The MOBA formula is alive and well, despite Blizzard’s best efforts to rebrand 'Heroes' into something else. Core gameplay and mechanics are addictive and rewarding, although the heavy focus on microtransactions shortens the honeymoon period. The game itself is easy to learn but very difficult to master. MOBAs are by their nature extremely competitive, but the practice and co-op modes are accessible and mostly free of incendiary teammate commentary, which might be revealing of a more tolerant community or simply better matchmaking. Of course, we are technically still in closed beta and anything can happen on June 2nd. 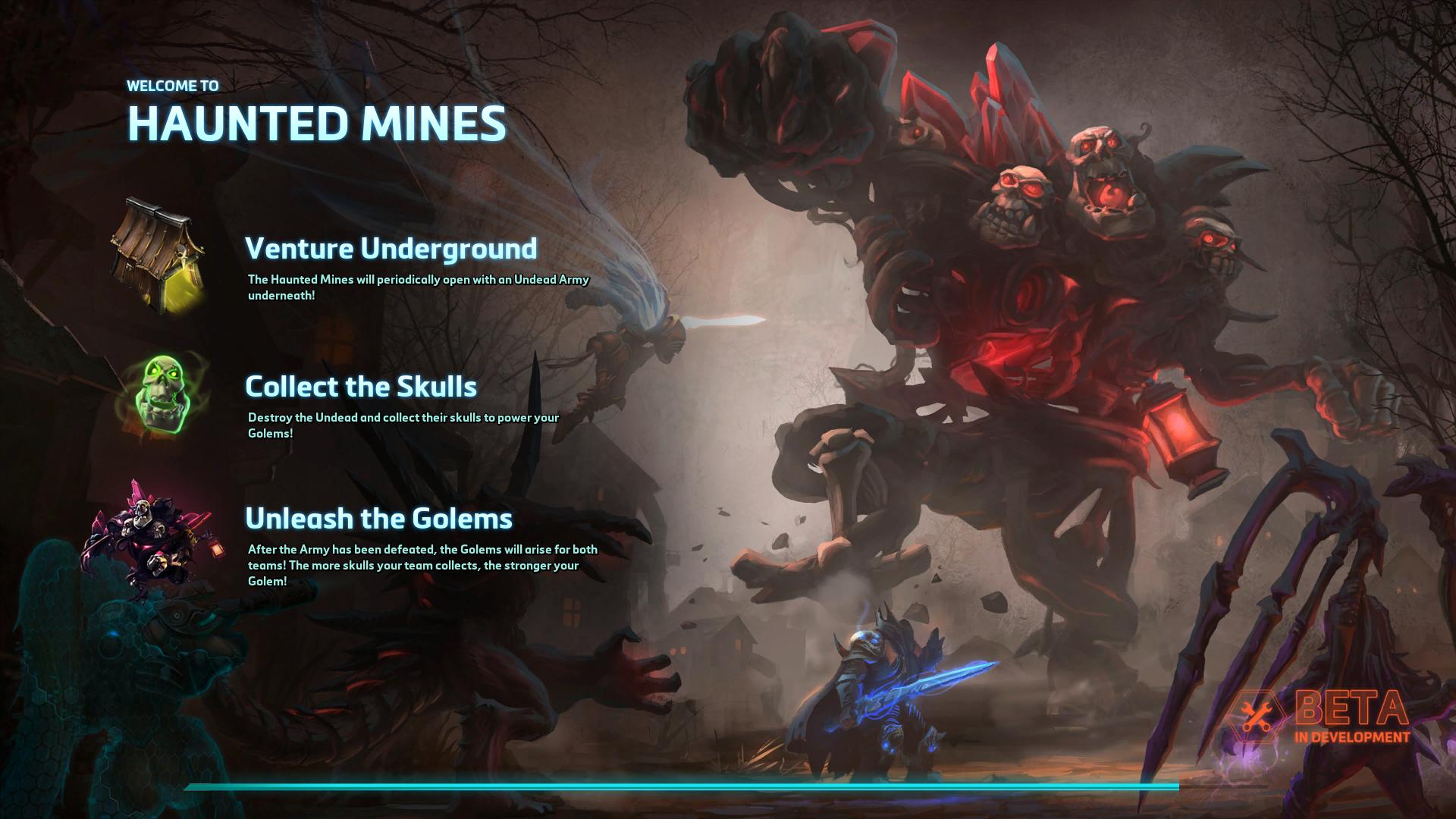 From a technical standpoint, the game is in the slightly above average range. It looks pretty on ultra settings, but not jaw-droppingly so. It rather closely resembles 'Heart of the Swarm', right down to the colorful and embellished character design. I have heard rumblings of discontent amongst the playerbase about slowdowns and crashes, but my experience has been smooth sailing. Notably the client has moved along at a good clip, maintaining a relatively high FPS, even during dramatic clashes. The biggest complaint I have is that, when playing 'Heroes' on a laptop (boo I know), the fan ratchets up to jet engine levels. This rarely happens on the machine, even when playing much more intensive titles, and the implication is that there is more optimization still to be done. 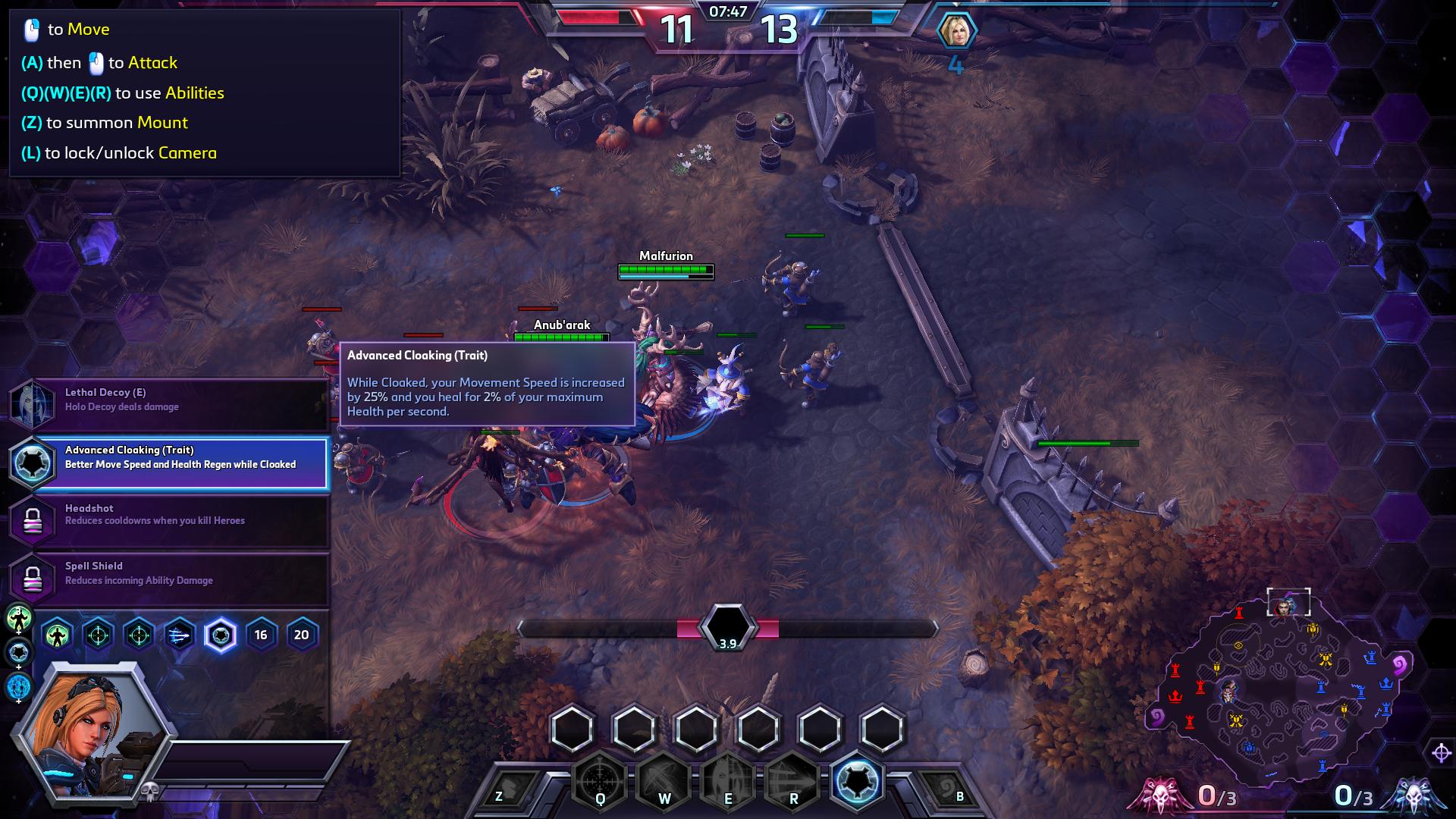 Two mantras are frequently echoed in the community: grinding is required more here than in other MOBAs, and it may be seen as a lighter, more casual little brother to 'League of Legends'. I agree with the former more than the latter. The hero roster is understandably smaller compared to games that have been in full release for years. There are firmly established roles, however, and mastering them, even mastering individual heroes, is an exercise in strategy, determination, and teamwork. I have hope that 'Heroes' will establish for itself a prominent role in the MOBA community, and this is not impossible, as it is mostly a fun and appealing experience. Still, the grinding and paywalls are not insignificant, even for this genre.