It's Looking A Lot Like 'Final Fantasy XV's Getting Delayed

Game may be dropping after Thanksgiving.

Well, we've waiting this long for 'Final Fantasy XV' to materialize, what's two more months? According to Gamnesia, a source within Gamestop brass tipped them off to the fact that 'FFXV' is being pushed back to a new release date of November 29th. This has now been independently verified by sources at Gematsu, one of the sites who accurately reported the game's original September 30th release date ahead of time. 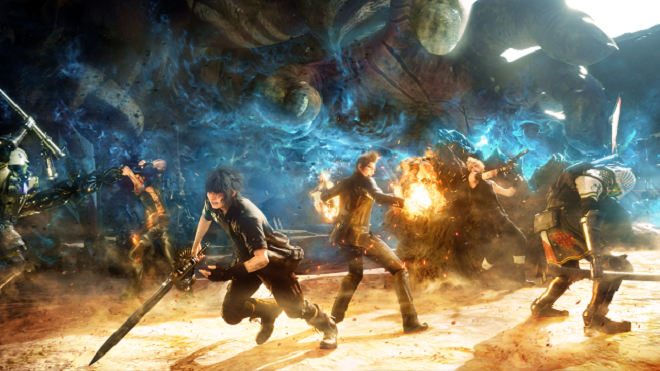 So, far, there's been no official word out of Square Enix, but a game as massive as 'FFXV' is looking to be, with as much of the series' rep riding on it as it is, this is also not really a surprise. If there's a tangible upside, this lets the game have a nice stretch of holiday time all to itself for folks to play it, with all of November's biggest titles dropping two weeks prior, and only 'South Park: The Fractured But Whole' to contend with in the weeks that follow, whereas the September 30th date puts it in an ugly traffic jam, stuck between the new 'Destiny' expansion/the recently displaced 'XCOM 2' and the terrordome that is October's slate.