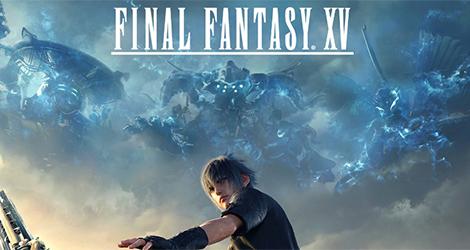 Today, 'Final Fantasy XV' director Hajime Tabata has released a blog post detailing the future of the game and how the team plans to improve and expand it in the future. The update plan is as follows:

Our early plans are to enrich certain aspects of the game, adding gameplay enhancements for Chapter 13, buffing ring magic, etc. We’ll have the specifics of what and when for you at a later date.

After that, we’re hoping to delve deeper into the story, adding scenes that will give you new insight into character motivations, such as why Ravus walked the path he did. We will need a little time with these, as they’ll need to be localized and voiced in other languages, but we’ll let you know the details once everything is set.

For the long term, we are looking at making certain key characters playable, and even considering the possibility of customizable avatars, in addition to other features over time.

Other features we have in mind include letting you carry over stats from a previous playthrough, and adding items that introduce new playstyles, such as low-level runs and god mode. We’re also examining readability tweaks - increasing font size - for certain languages. On top of that, we’re looking at content you can enjoy in real-time, including new bosses with exclusive rewards and achievements, and limited-time hunts.

In addition to these free updates, we’re also working on the previously announced downloadable content. This includes:

Speaking on behalf of the development team, I hope all of you, all around the world, continue to enjoy Final Fantasy XV and the Final Fantasy series.

While it's a shame that some of this wasn't in the game to begin with, namely the additional cutscenes, it's good to see that they're dedicated to improving the game dramatically in future. I really love the game, and I'm looking forward to seeing how much it changes from here on out.

'Final Fantasy XV' is available now on PS4 and Xbox One.