Ubisoft has released a brand new trailer for 'South Park: The Fractured But Whole.' While the video is not entirely unlike what Ubisoft showed off at E3 2016, it gives gamers an additional glimpse of what the role-playing game has to offer from a gameplay standpoint. The 90 second long Gamescom 2016 trailer focuses on the protagonist's origin story, and how fending off burglars led to a shocking discovery inside of his parent's bedroom.

'The Fractured But Whole' is the follow-up to 2014's 'South Park: The Stick of Truth,' which was developed by Obsidian Entertainment. Developer Ubisoft San Francisco is looking to build upon Obsidian's successful blueprint and create a more action-based RPG as the trailer showed. 'South Park' creators Trey Parker and Matt Stone were instrumental in writing 'The Stick of Truth's script and have returned for the sequel.

Check out the footage by watching the profanity filled gameplay trailer below:

'South Park: The Fractured But Whole' is set to release for PlayStation 4, Xbox One and PC on December 6th, 2016.

You can find the latest info on 'South Park: The Fractured But Whole' linked from our Video Game Release Schedule. 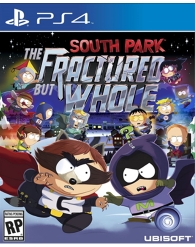 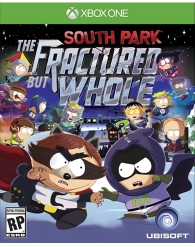 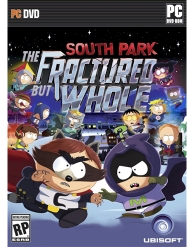