'No Man's Sky' Gets A New Arrival Date

Official statement from Hello Games on the delay.

Hello Games' Sean Murray has finally broken his silence, and confirmed what retailers have known for a few days now. 'No Man's Sky' is, in fact, being delayed.

"As we approached our final deadlines, we realized that some key moments needed extra polish to bring them up to our standards. I have had to make the tough choice to delay the game for a few weeks to allow us to deliver something special."

"We understand that this news is disappointing. Making this game is the hardest thing I’ve ever done in my life, but we are so close now, and we’re prepared to make the tough choices to get it right." 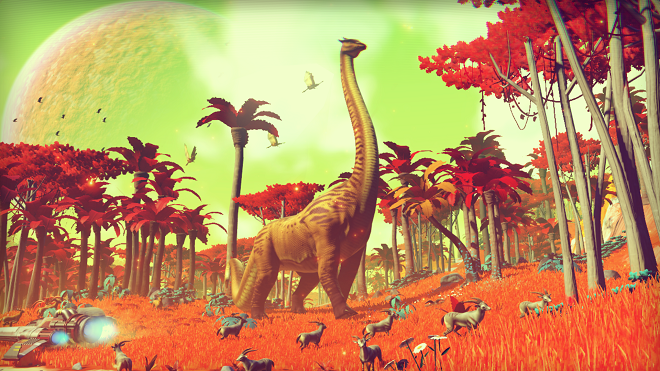 The good news is that the delay isn't too terrible. Murray also dropped the new release date during his mea culpa: August 9th for North America, the 10th for the vast majority of Europe, and the UK on the 12th. It's also very much sounding like Murray knows the expectations he's set up, and isn't taking the burden lightly.

"The universe of 'No Man’s Sky' is incredibly vast. More than you can imagine. This is a type of game that hasn’t been attempted before, by a smaller team than anyone would expect, under an intense amount of expectation. And despite all of that, development is genuinely going well. This is the hardest working, most talented team I’ve ever worked with, and I’m so proud of what we’re doing. For all our sakes though, we get one shot to make this game and we can’t mess it up."