Hello From The Other Side: 'No Man's Sky' Devs Re-emerge For An Update

It's been two months since Hello Games quietly slunk away from the spotlight, amidst howling criticism from the gaming public and mixed reviews. Many assumed Sean Murray had just decided to take his ball and go home, given the uncharacteristic silence following the game's release. This may turn out to be far from the case. 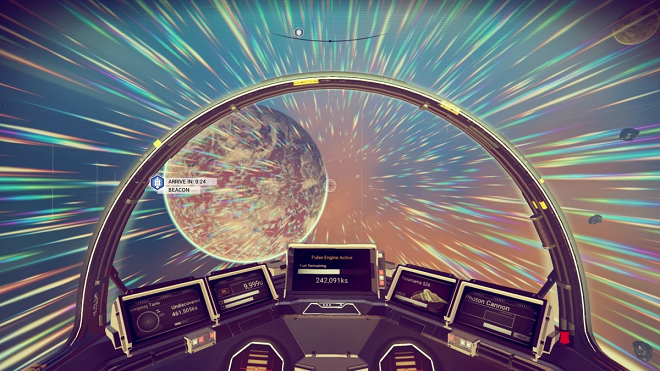 While everyone was out doing Black Friday shopping, Hello Games threw out a quick blog post, detailing that something called "The Foundation Update" will be rolling out this coming week. Now, the particulars of what's in the patch, we're not quite sure yet, but the post does state that it will be adding "the foundations of base building", one of those "broken promises" that was supposed to be in the core game. However, the post follows that statement up immediately after with the fact that this update "is putting in place a foundation for things to come."

Cryptic, yes, but we all saw what happened when Sean Murray and his crew got too chatty for their own good about what could be in their game. It'll be better for everyone if 'No Man's Sky' is able to surprise us by getting closer to the game they sold rather than create another uncontrollable Hype Whirlwind that devours all. Moreover, it's rather heartening to see Murray and his team haven't given up on their baby just yet, and may be hard at work trying constantly to make it better.