Joy To The World, The PS4 Price Drop Has Come

Sony drops price of PS4 ahead of the holidays.

It's been floating in the air since they made the announcement for Japan, and today, Sony has confirmed that  North American gamers who haven't jumped on the Playstation bandwagon will be able to do it for less.

The Playstation 4 will get a $50 price drop across the board, effective tomorrow. The price drop will also apply to all the recently announced bundles, which they've detailed in this handy chart: 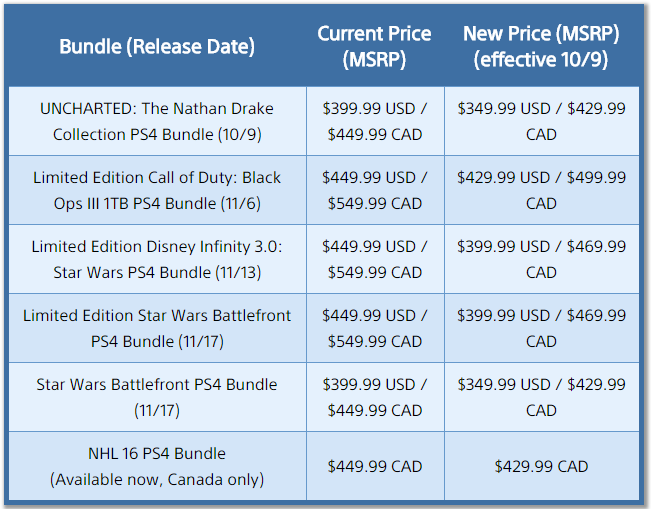 "Our goal at PlayStation has always been to provide the best gameplay experiences at the best value, and we feel this new compelling price will open the doors to even more gamers that have yet to purchase a system," says John Koller, VP of Platforms Marketing for Sony.

The price drop now puts the console back on a level playing field with the Xbox One, which got dropped to the same price back in June. Phil Spencer even predicted it back in September. Presumably, followed by the words "Everything is proceeding as planned" while tenting his fingers.