Here's How 'Tearaway Unfolded' Is Handling That Touchscreen Problem

The big question mark, ever since Media Molecule announced they were taking the brilliant 'Tearaway' to PS4 has been how they would handle the game's extensive use of the Playstation Vita's touchscreen and camera controls. An app was announced at E3, but details were scarce, until today.

A post went up on the Playstation Blog explaining for newcomers how the second screen options would work, along with a video. The tl;dr/w version is that any smartphone can be used as the second screen, allowing you to take the pictures, draw and cut and paste like you can on the Vita. Even better, if you still have your Vita lying around, Media Molecule is goodly enough to let you continue to use it as the second screen.

You can see the possibilities for yourself in the video, or when the game hits on September the 8th. Whereupon you should buy it. Blind. Really, it's that wonderful.

You can find the latest info on 'Tearaway: Unfolded' linked from our Video Game Release Schedule. 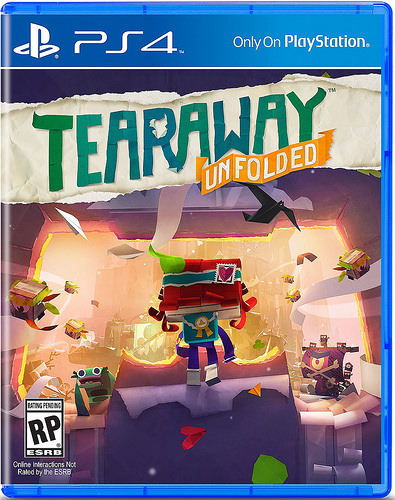