'Street Fighter V' is undoubtedly going to sell a fair few PS4s this week, as well as get some folks wanting to fight round the world who normally don't. Sony knows this too, which is why they're doing the right thing and offering one of their special free multiplayer weekends, starting at 12:01 AM Pacific and ending at 11:59 PM PST on Sunday. 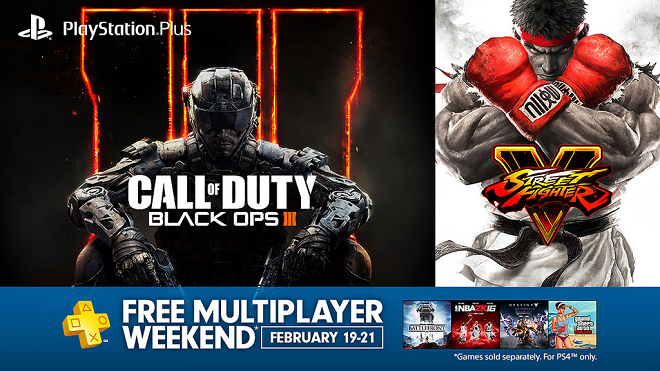 That doesn't necessarily mean that the weekend is limited to 'Street Fighter' players, though: Any game with a multiplayer component can be accessed during the weekend free of charge. Perfect if you've been whinging on playing 'Battlefront', or were planning on picking up that new 'Black Ops III' DLC. (Not to mention the upcoming 'Tom Clancy's The Division' open beta.)Once Monday rolls around, though, you'll need to snatch up a PS Plus subscription in order to keep playing. We assure you, it's worth it, though.