Neo The Professional: A First Hand Take On The PS4 Pro

A post-mortem on Sony's big reveal.

So, the system formerly known as the Neo is officially announced, after months of leaks and teases. And the verdict?  Well....mixed.

The fundamental problem with Sony's presentation yesterday was the same one that plagues most of the incremental changes to how we view new media nowadays: It's impossible to demonstrate to its fullest unless you have the technology to do so already. The only people outside of the journalists I shared a room with yesterday with the means to truly appreciate what the PS4 Pro is capable of are people who own a 4K monitor or TV. Also known as, the choir. 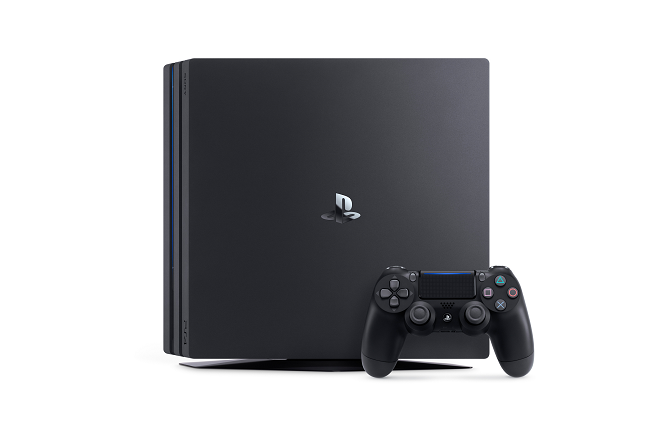 Now, for what it's worth, if you are able to view any of the demo footage in 4K, what Sony showed was genuinely breathtaking stuff that does represent a tangible jump over what we're seeing now out of the system. In addition, the Pro's biggest advantage over the Xbox One S is that instead of relying on the system to simply upscale, developers will issue patches that will bump older games up to true 4K. After the presentation, journalists were invited to look at many of the old and new games running on 4K, and the results varied from improved draw distance, detail, and colors ('Uncharted 4' and 'The Last of Us') to just plain smoother performance. The 'Infamous: First Light' demo was particularly impressive, since that was a game that, while great, definitely pushed the system. The demo they had running yesterday toned down the blooming effect of Fetch's powers, allowing for much deeper intricacy in the effect, without the slowdown that often plagued that game. For games that struggle on the system--that messy 'Saints Row IV' port comes immediately to mind--this is much needed relief. All of these are net-positives...if you already own a 4K TV.

There's the catch 22 of it all. Someone who owns a 4K TV will definitely appreciate the benefits of the Pro, but only as a gaming system. As an entertainment system, the Pro currently will support 4K Netflix and YouTube, and aside from upscaling Blu-Rays, that's the extent of any further 4K options. As incremental as the Xbox One S is as a 4K system, it supports 4K Amazon, and included the Ultra HD Blu-ray drive.

In some ways, it's understandable. It's obvious Sony learned all the right lessons from when the PS3 lost crucial ground early in last gen's console arms race. The combination of the then-brand-new Blu-Ray tech and a PS2 literally built into every system jacked the price of the system up to the unwieldy $600 mark. The PS4 Pro effectively keeps Sony able to sell their system at the $400 sweetspot, and not a penny more. The cost of that may have been a firm focus on gaming ahead above all other priorities.

Even still, Sony's had skin in the game of every major home media format change in the last 30 years, and to see them effectively bow out of their best chance to bring the fledgling format to their widest audience is a huge whiff on their part. This isn't like 3D Blu Ray, where only a select few films would ever support it. EVERY film benefits from an uptick in resolution. And Sony is giving it a hard pass, a pass that that benefits Microsoft most of all.

Of course, this is all secondary to the real problem. To see any real benefit from the Pro, you need a 4K HDR TV. That's the long and short of it. Bless Sony for making so the folks still on 1080p TVs/who don't have another $400 to blow this holiday can benefit with the HDR update. And in fairness, 4K sets are getting cheaper, with some recent sales seeing some of them drop under the $500 mark, but the adoption come November 10th is still going to be a fraction of the PS4 userbase. So, their target audience is, effectively:

-People who don't own a PS4
-People who own a 4K TV more interested in games than movies/TV.

That's an awful tiny niche, but it's one Sony is placing their bets on regardless. They could, of course, be right. 4K getting in front of /more eyeballs will create a need for 4K gaming that doesn't involve building a PC rig. And they certainly have hardware that is more than capable of delivering on the promise of 4K console gaming than their competition, at least till we find out whatever Scorpio turns out to be. And, hey, they were right hitching their wagon to Blu Ray instead of HD-DVD. But yesterday was a sermon to the converted, and there's a hefty price tag involved in being able to hear the good word with the clarity it genuinely deserves.