'Uncharted 4' Has Its New Release Date

After a few nebulous months, figuring out where 'Uncharted 4' was going to land after abandoning fall 2015, Naughty Dog has finally nailed down March 18th, 2016 as the locked down release date.

In addition, they've also details their pre-order plans, which, blessedly, are on the rather restrained side of things. There's the Special Edition... 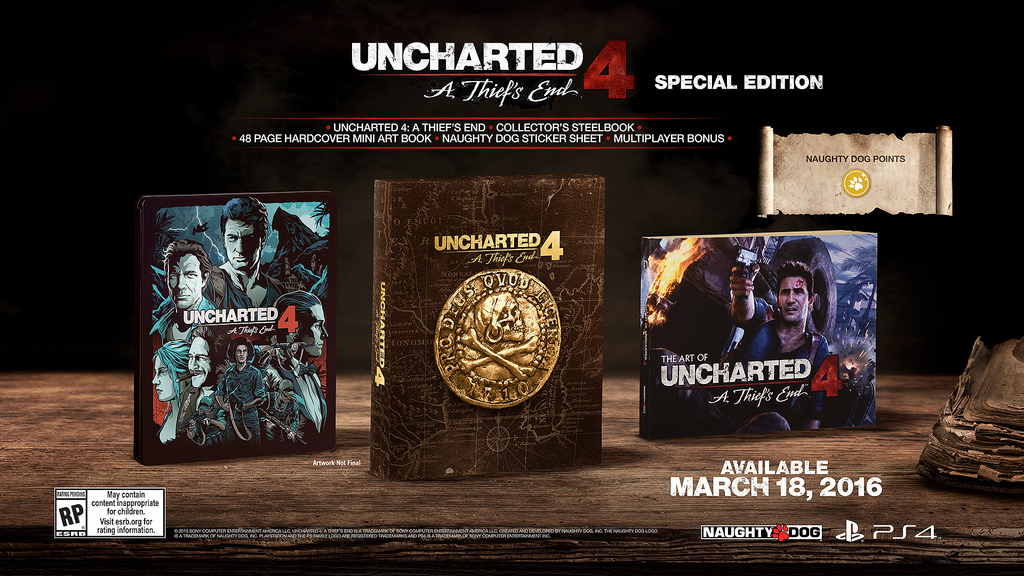 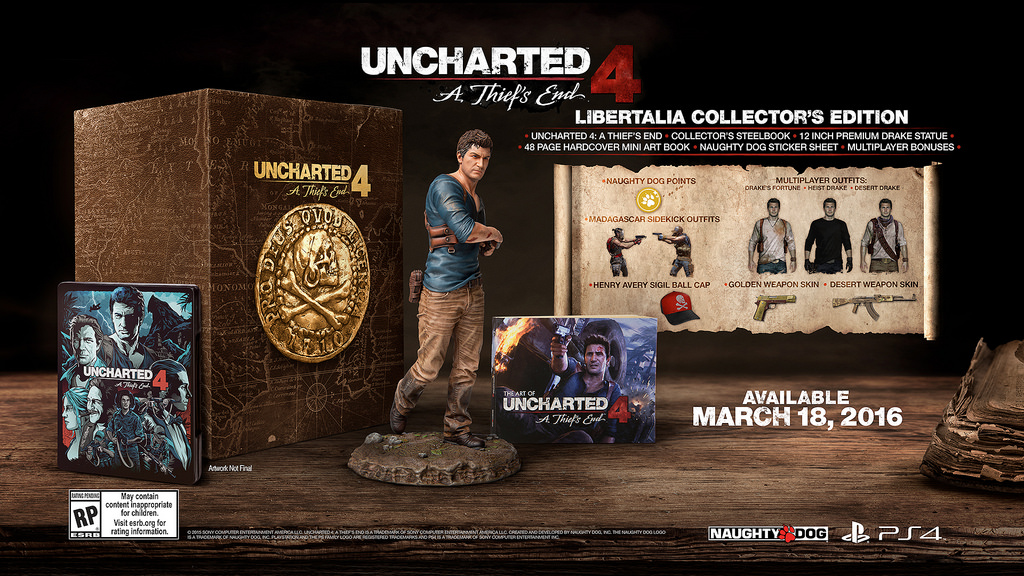 ...and a special Digital Deluxe Edition specifically for the Playstation Store. 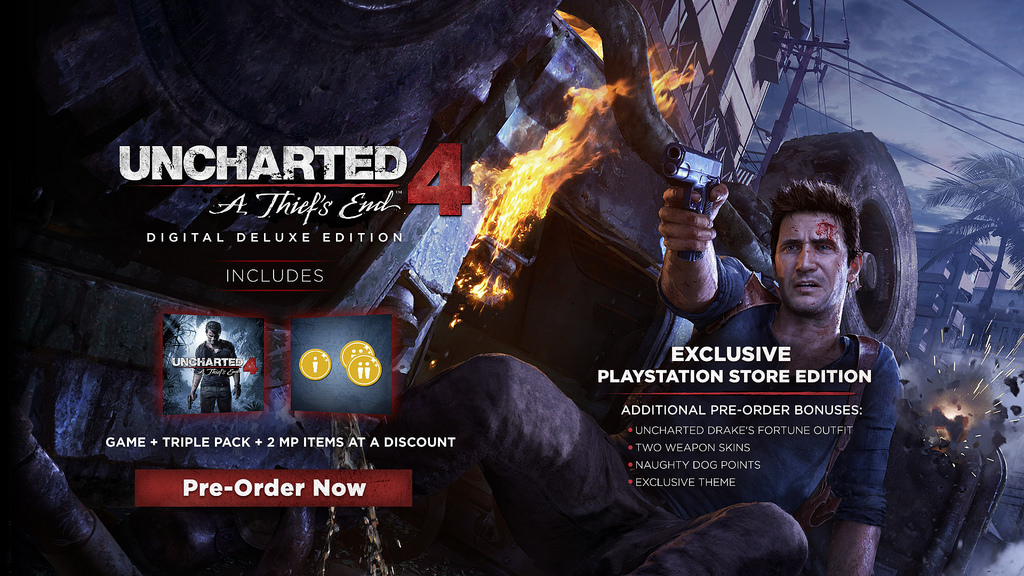 Mostly, it's just fun little collectables, with some multiplayer goodies thrown in to boot, while the Digital Edition is the only one trying to entice with nebulous single-player DLC, though these are the same folks who made 'The Last of Us: Left Behind', which earns them a little more benefit of the doubt.

The Special and Deluxe Digital Editions will run $79.99, while the Collector's Edition will run $119.99. Retailer specific bonuses also exist, which you can check out at the Playstation Blog.

You can find the latest info on 'Uncharted 4: A Thief's End' linked from our Video Game Release Schedule.