'Uncharted: Nathan Drake Collection' To Be Bundled With PS4

Joel and Ellie are out, Nate is in.

It's holiday bundle season, and it's now Sony's turn to make their move. While there's no fancier hard drives in their bundle, there is a whole lot of game to play.

The PS4 is being bundled up with the upcoming 'Uncharted: Nathan Drake Collection', which has all three original 'Uncharted' titles, buffed up to 1080p and 60fps, with a few new gameplay tweaks to boot. The PS4 bundle will be released the same day as the Collection, October 9th, for the usual $399. You can pre-order that right here. 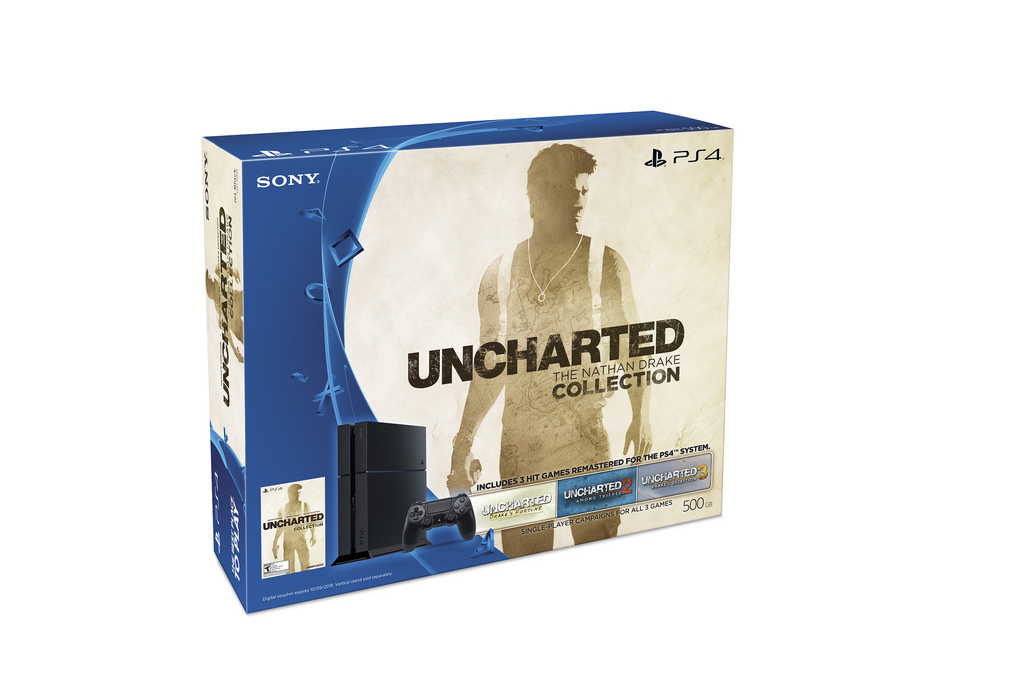 To celebrate, Sony's also released the first jaw-droppingly pretty TV spot for the bundle, so everyone can see what they're in for this time next month. Check that out below:

You can find the latest info on 'Uncharted: The Nathan Drake Collection' linked from our Video Game Release Schedule.