In a few weeks, From Software will be releasing  the 'Old Hunters', a paid DLC expansion, to 'Bloodborne', because clearly, nobody has anything else to play in the final third of November before Black Friday. But wait, what about the folks who will be completely drained by the end of the month? From Software has you folks covered too. 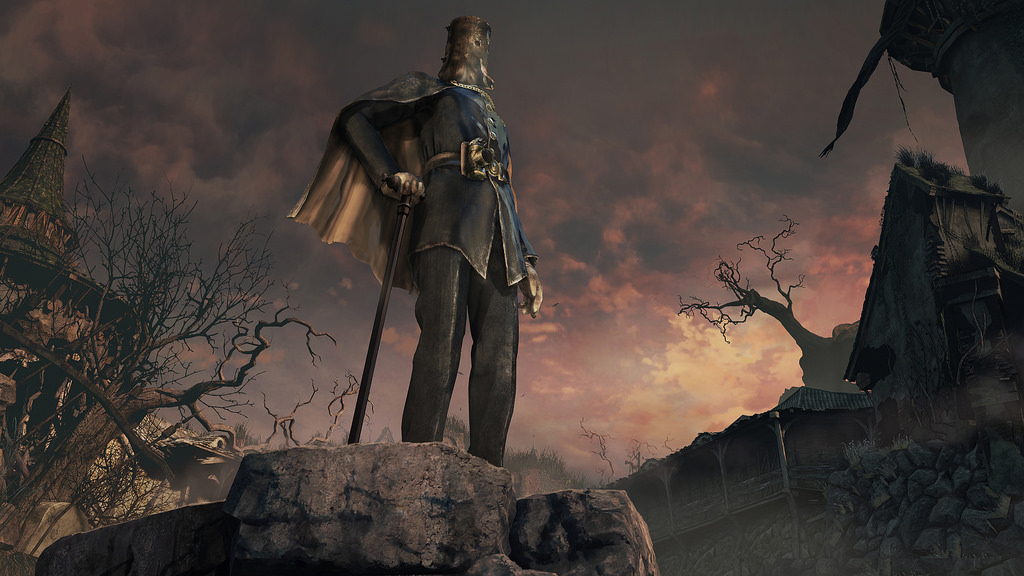 A patch will be introduced in the coming weeks which will introduce a new co-op element called The League, a group of enterprising individuals (led by a guy who looks like he's wearing a trash bin on his head, but hey, you do you, Trashcan Man.) who set out to assist other players online, and compete on a specialized online leaderboard.To facilitate that purpose, you will also gain access to the League's cane, an item which allows players to actually summon said co-op NPCs into your game to tackle dangerous areas and bosses. Basically, if you've made it from one end of Yharnam to the other, you can use your mad skills to assist others at will. God speed you, ye who help randos beat a From Software game. God speed.

Meanwhile, 'The Old Hunters' is still set to hit on November 24th, with a free PS4 theme for those who pre-order it. For anyone who still hasn't even played the original game, you can snatch up the Complete Edition on the same day.