Also, did you know 'Red Dead Redemption's getting a sequel?

Earlier this week, an anonymous  person at NeoGAF posted, and then quickly pulled what seemed suspiciously like a early, color-coded map extension for the country as it is drawn in 'Red Dead Redemption', but that could've easily been shopped,  kind of thing happens all the time, right? Well....

According to Tech Radar, they've managed to independently verify from a source close to the development that not only is it legit, but it's also "very recent". 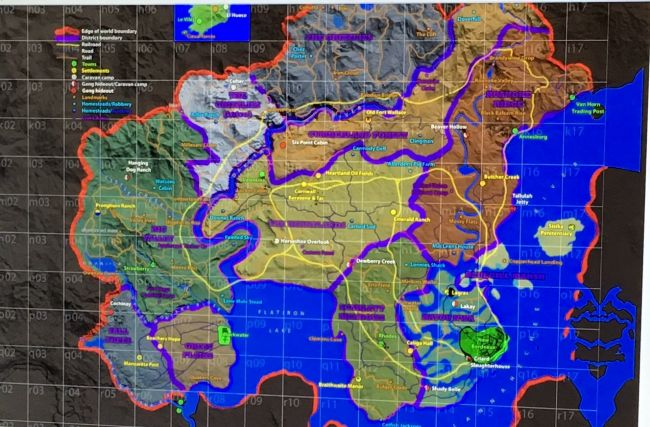 We'll wait for you to do your double take. Yes, you can take this map as a tacit confirmation that a new 'Red Dead Redemption' is in the cards. TechRadar's source was able to confirm one, that the map in question represents directly due east of the original 'RDR's map, with fancy-pants town Blackwater connecting down in the lower left hand corner, and two, that the game itself actually won't be a sequel, but a prequel, taking place before John Marston's fateful date with a couple of barn doors.

Naturally, we haven't heard a blessed thing out of Rockstar on this, and we're probably not liable to until E3. I'd bet cold hard cash that's what's holding up backward compatible 'Red Dead' on Xbox One, too. Answers are likely on the way. Keep an eye out, folks.