The Last Enemy That Shall Be Destroyed: 'Red Dead Redemption' Will Finally Be Backward Compatible Tomorrow

And all is right with the world.

Tomorrow, the Great White Whale of Xbox backward compatibility finally gets taken down. Rockstar has announced that 'Red Dead Redemption' will be officially made compatible for the Xbox One. That goes for all versions of the game, including the 'Undead Nightmare' DLC. 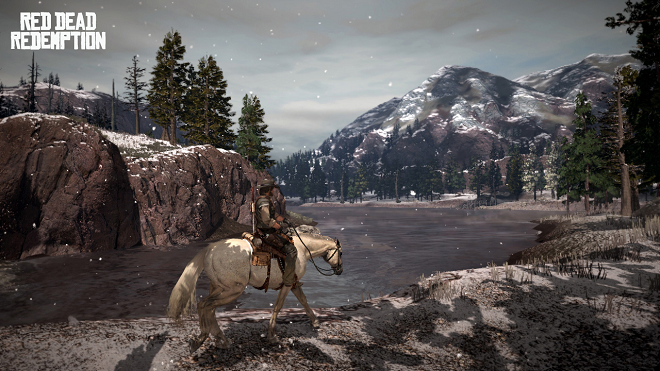 The game has hovered toward the apex of the top requested titles for the system since the feature was announced, until an accidental leak earlier this year hinted the game was definitely being worked on. Clearly, this is still joyous news for a couple of folks, because since the announcement was made, sales of the Xbox 360 versions of the game on Amazon have skyrocketed.  That's all well and good if you need a physical edition, but if you're okay with a digital version, though, you're in the best of luck, since the game is actually included in Xbox's Summer Sale for $7.50 ($10.50 without a Gold subscription).

Either way you go about it, many a player is about to discover and/or rediscover one of the greatest games of the recent generations. Amen.