'GTA V' PC has been released, and with the extensive technical upgrade came the extensive technical glitches. Luckily, Rockstar is already on the job, having issued patch 1.01 today to fix a few of the most egregious problems, like one where the game would refuse to load depending on your Windows username, another where the initial launcher would eat an enormous amount of CPU, and crashing issues with the video editor. Here's the full list of changes: 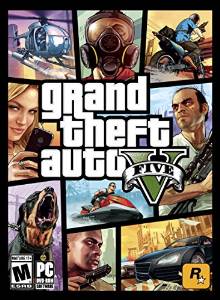