Action RPG 'Earth's Dawn' Out This Week on Consoles

Oneoreight Studios' 'Earth's Dawn' is now available in North America. The 2D action RPG was originally released in 2015 under the name 'Earth Wars,' and plays similar to 'Odin Sphere.' It's out today both digitally and physically on PlayStation 4, but will also see a digital release on Xbox One tomorrow (November 2nd).

Published by Rising Star Games, the side-scrolling action title will blend combat with role-playing game elements. Players are able to customize their character's weapons and abilities, allowing them to tailor the gameplay to match their individual play style. Characters will be able to battle monsters with a mix of ranged weapons (such as guns and bows) and melee attacks, with a focus on juggling enemies in the air.

'Earth's Dawn' is available now on PlayStation 4, and comes out November 2nd for Xbox One. A PC release is also in the works. 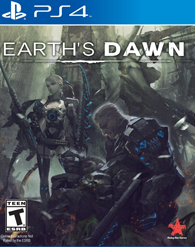