Today, Razer is introducing a new keyboard, the BlackWidow Ultimate Stealth eSports Edition - Counter Logic Gaming Keyboard. Like its namesake intones, the new keyboard is based of Razer's popular BlackWidow keyboard layout, and is adorned in the pro gaming CLG colors, complete with a team logo on the bottom right. Beyond licensing, backlighting, etc, the keyboard's most significant feature is the new mechanical switch design that underpins the keys.

While traditional mechanical switches were originally designed for typing, the all-new Razer Mechanical Switches have been designed and engineered from the ground up for gaming. After extensive research, Razer’s multi-award winning engineers identified the optimal actuation distance for a gaming switch to a fraction of a millimeter and reduced the distance between the actuation and reset point by almost half to allow for faster, more precise gaming commands when compared to standard mechanical switches. Furthermore, the all-new Razer Mechanical Switches are made using an ultra-precise manufacturing technique that, along with gold plated contact points, result in a projected lifespan of up to 60 million key strokes. 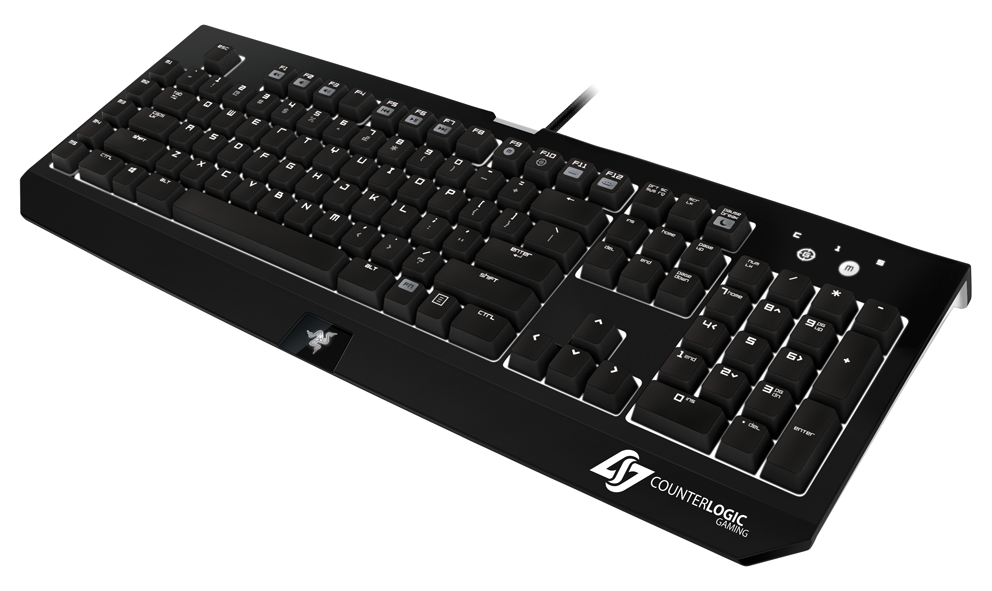 The BlackWidow Ultimate Stealth eSports Edition - Counter Logic Gaming Keyboard is out today and is available directly from Razer for $149.99