Nintendo Costumes, Co-op, and Other Details Emerge For 'Bayonetta 2' On the Wii U

First game included as a disc copy in Japan.

Platinum Games' fans finally have some news on the long-anticipated 'Bayonetta 2.' The game is due out exclusively for the Wii U in October and will include a 2-player Tag Climax mode, which allows players to team up with others online to defeat powerful enemies. The co-op mode will feature multiple character options. The developer has also pointed out in the new trailer, content pieces like the bow and arrow, dual flamethrowers, and an "absolutely huge hammer."

Meanwhile, more details have been released on the Wii U version of the first 'Bayonetta.' The game will be included on its own disc in Japan, while in the US, it will be included as an eShop download. The Wii U version of the 2010 title adds touchscreen controls through the GamePad and also allows for off-screen play. Platinum Games has also released images of the Nintendo-themed alternate costumes. 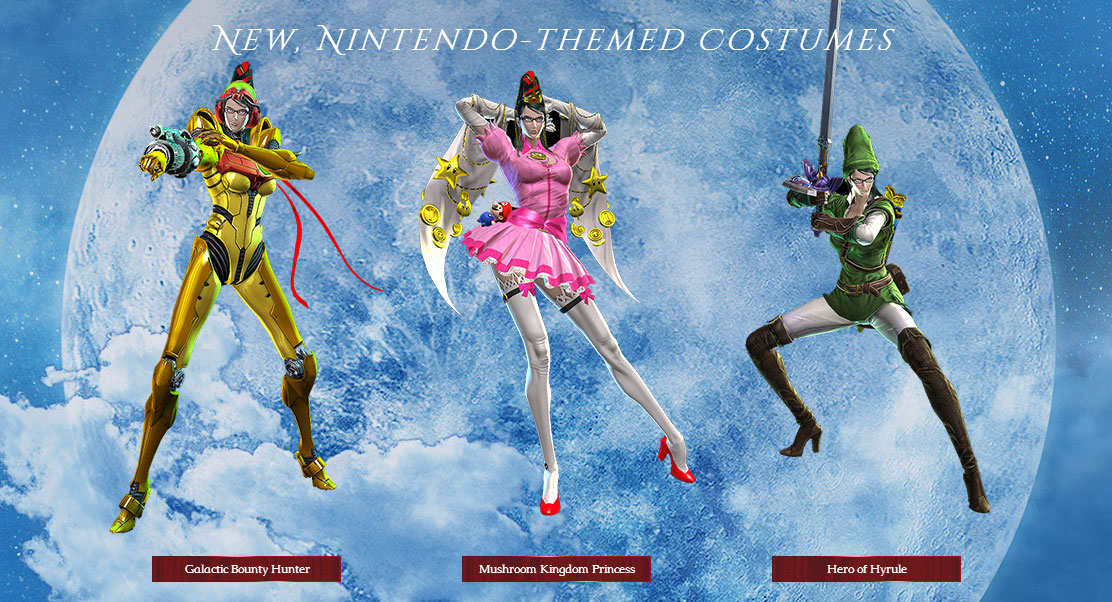