Expect discounts on the runners-up.

The March PlayStation Plus games have not yet been announced, but we do know that one of the three following games will be free on the PS4, 'Action Henk!,' 'Assault Android Cactus,' and 'Broforce.' Starting February 9th as part of Sony's Vote to Play program, PlayStation Plus members can log onto to their PS4s and vote for one of three candidates. The winning vote getter will become one of March's free PS4 PlayStation Plus titles while the two other games will likely be discounted. 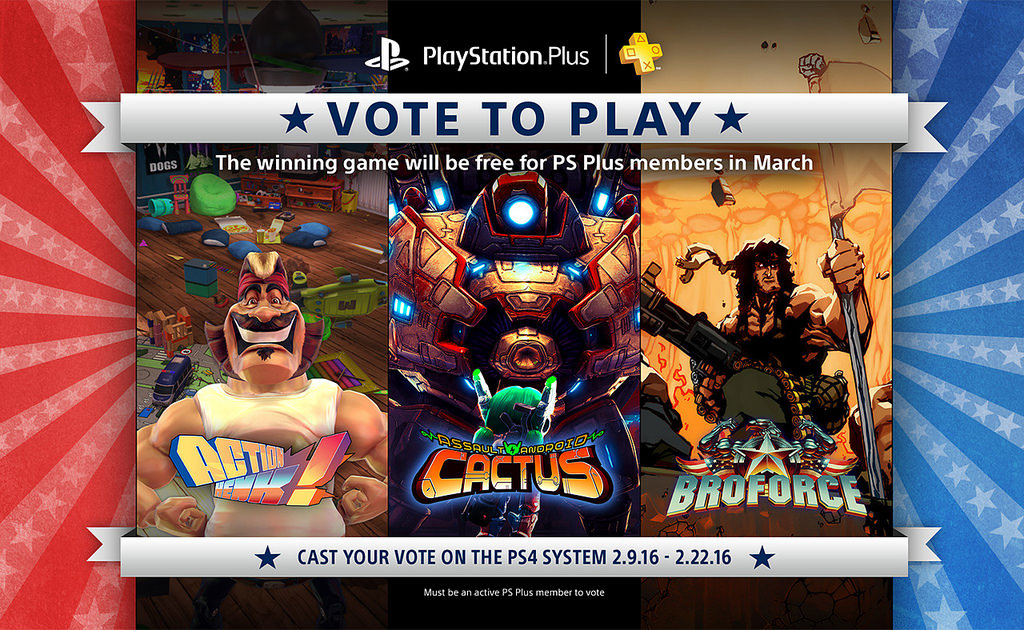 Here are the candidates:

'Broforce' -it's like 'Contra' meets every 80's action hero and explodes.

These are good candidates, though I expect that 'Broforce' is the likely winner for more reasons than one.