Limited Run games have announced that they will be partnering with Chair Games and Epic to produce a physical edition of the recently released 'Shadow Complex Remastered' on PS4. It'll cost $24.99 and will be available for pre-order on the Limited Run website on August 19th at 7AM PT. There are only going to be 6900 copies in the initial batch, so for those interested, it's best to get in on this as quickly as possible. 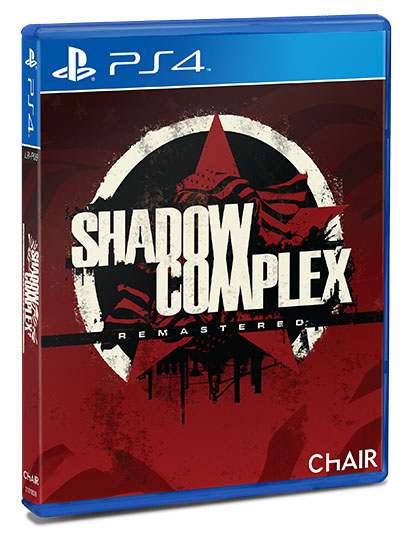 Though the physical version won't come with anything unique, this is a great way to celebrate a beloved downloadable title. 'Shadow Complex' set the bar for XBLA games back when it first released, and getting to own a packaged version of it is very cool.