'Castle Crashers Remastered' $4.99 Discount Up On the Xbox One, PS4 Version Remains a Dream

One of the best XBLA type games of the last generation of consoles was no doubt 'Castle Crashers,' which has returned in a big way. The co-op beat 'em up and all around joy to play 'Castle Crashers Remastered' is not only out on the Xbox One, but 360 version owners can now a nab the new Xbox One title for just $4.99. (This discount requires ownership of the 360 version of 'Castle Crashers' and Xbox Live Gold.) 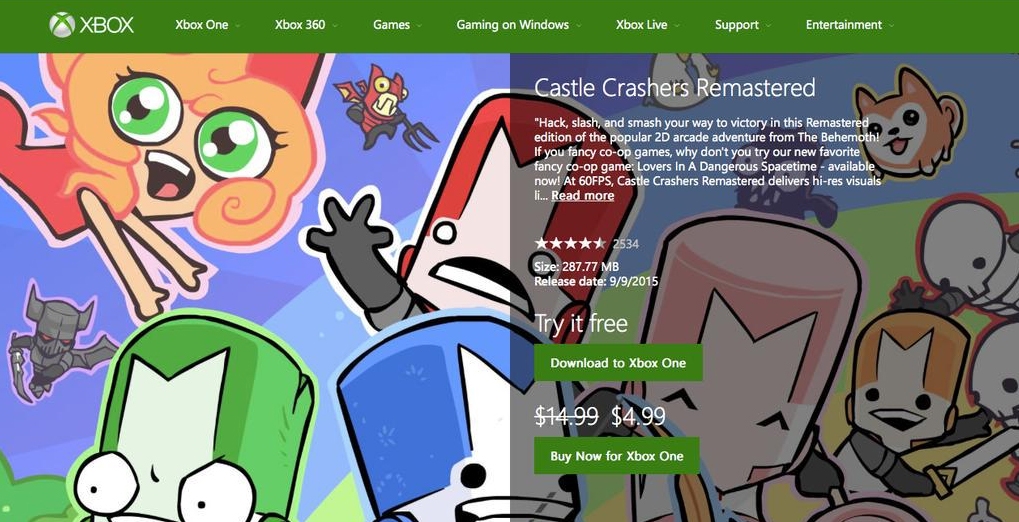 'Castle Crashers Remastered' includes the original game, the DLC, new textures, 60fps performance, and more, such as the new Back Off Barbarian multiplayer mode.

This offer ought to be welcome by 360/Xbox One owners, but what the other versions of 'Castle Crashers? Well, there's good news and bad news.

The good news is for PC owners of 'Castle Crashers.' Developer The Behemoth is preparing a free update that will bring over everything new from the Xbox One version. The only difference, one this update is released, will be that the DLC will still be a separate purchase.

Meanwhile, on the PS4 side, no news is, well, no news. I happen to own the PS3 version, and The Behemoth has yet to announce anything 'Castle Crashers' related on the PS4, much less any kind of discount situation.