Fight, run, climb, in day and in night.

Techland's 'Dying Light' is getting a little earlier release than when last Warner Bros. had noted. The game puts the player in the first person perspective of a plucky survivor. In day and in night this survivor can root around, slapping together weapons and other survival items for tearing through zombies, but the true key to surviving the zombie filled urban sprawl of 'Dying Light' is being able to move from building while staying away from the most heavily populated zombie streets and alleys.

The player can climb fire escapes, window sills, fences, roofs, etc. and climb into apartments, other buildings. They can hide and loot, picking when and where to face off against the hordes.

With today's announcement, 'Dying Light' is scheduled for release on January 27th, 2015. Be ready to hardcore parkour. 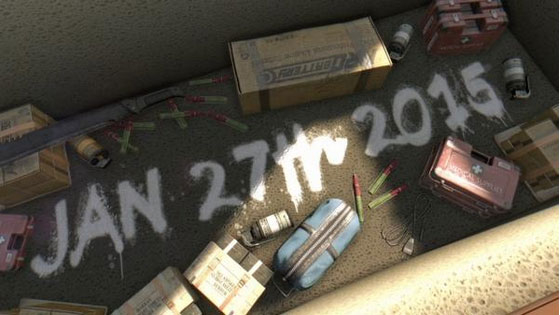 You can find the latest info on 'Dying Light' linked from our Video Game Release Schedule.