'Resident Evil Revelations 2' is coming to consoles and to PC this February, with the first episode dropping on February 17th in North America at a price of $5.99. Today, Capcom announced that S.T.A.R.S. member Barry Burton will be returning and will be playable, alternating with Natalia Korda, "a little girl who has a strange power that allows her to sense enemies and hidden items." The two will be featured in playable scenarios included in each episode along with the previously announced Claire and Moira Campaign.

'Resident Evil Revelations 2' will be released in four weekly downloadable episodes. Each episode is priced at $5.99, with a season pass going for $24.99, and a physical disc copy (to be released later) priced at $39.99. That may sound like an unfriendly price scheme, but Capcom has promised that the season pass will offer more game content than just the four episodes, while the disc copy will offer all of that and more. Fortunately, for those interested in the disc copy, the wait will be short (about a month). Those who opt for the season pass will be able to buy the extra disc content as DLC.

We’re also pleased to confirm that the following content is included in the Complete Season, available to purchase for £19.99/€24.99/$24.99:

Two additional spin-off episodes that focus on telling the side stories of each of the two new Resident Evil characters: Moira Burton and Natalia Korda*

A full retail box set will be available 13th March across Europe and will feature all of the below content. Please check retailers for individual pricing:

Two additional spin-off episodes that focus on telling the side stories of each of the two new Resident Evil characters: Moira Burton and Natalia Korda*

Four alternative costumes (one for each of the main characters: Claire, Moira, Barry and Natalia*) 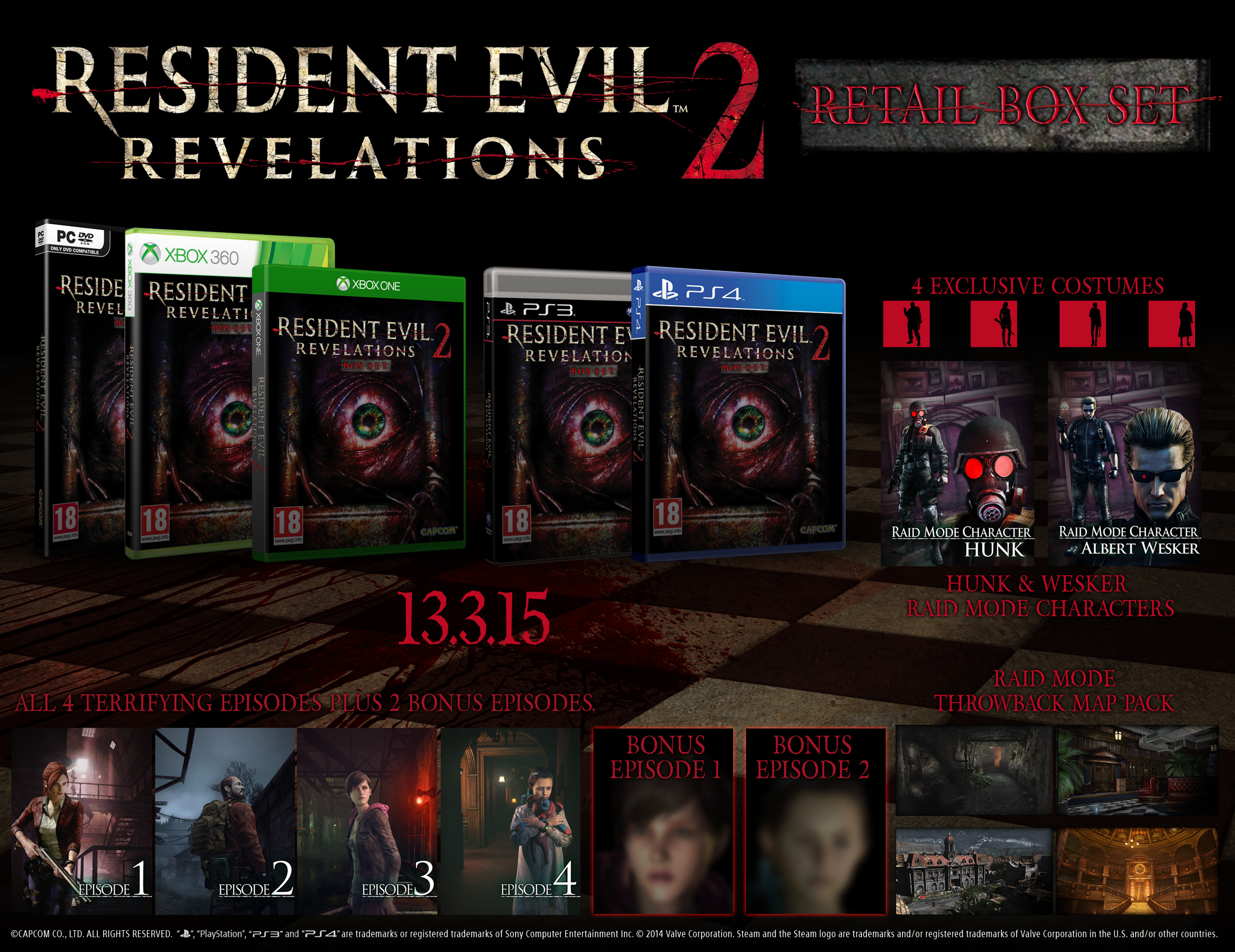 You can find the latest info on 'Resident Evil Revelations 2' linked from our Video Game Release Schedule. 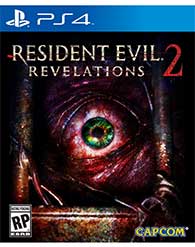