The 'Metal Gear' community, which has hung on the 'The Phantom Pain' announcements that Kojima has shared over the past few years, already know many of the crazy turns to expect in 'Metal Gear Solid V: The Phantom Pain.' Naturally, that means there remains plenty of crazy turns still to discover, some of which will be revealed between now and September.

All this is to say that fans should already know much of the significance of the biggest inclusion in this GAME exclusive 'Metal Gear Solid V: The Phantom Pain Collector's Edition.'

That would be the half scale replica of Snake's Bionic Arm. 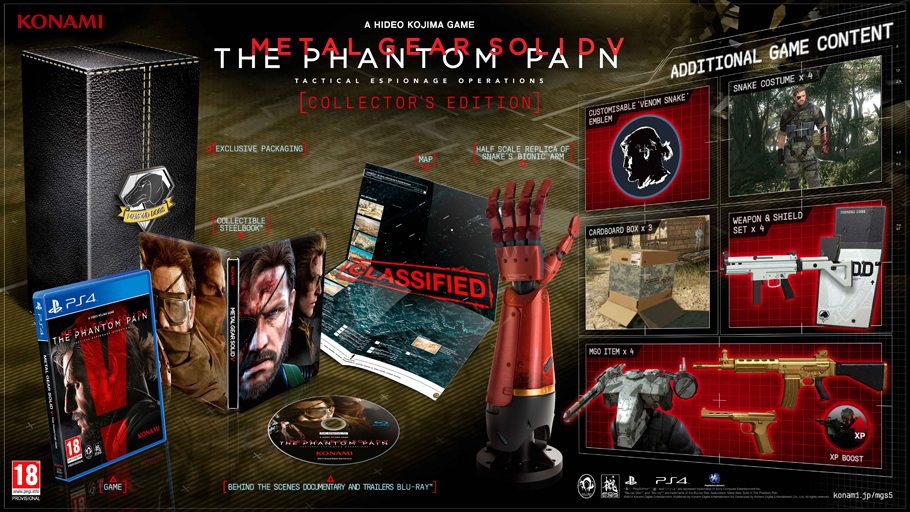 This CE is exclusive to the UK store GAME. (Order here.)