Players must "stack up as many kinds of damage as possible" to get Vergil through.

With 'DmC: Definitive Edition' for the PS4 and Xbox One, Capcom is promising lots of upgrades and features meant to lure in both new players and veterans, not the least of which is Vergil's Bloody Palace. Ninja Theory's Dominic Matthews has dropped several details surrounding this version of the Bloody Palace.

Vergil’s Bloody Palace is a 60-floor combat arena. Unlike Dante’s Bloody Palace, where the difficulty progresses through the 5 main difficulty levels, Vergil’s Bloody palace starts on Nephilim difficulty for the first 20 waves, moves onto Son of Sparda difficulty, and ends with 20 waves of very challenging Vergil Must Die difficulty combat. Bloody Palace is traditionally a very difficult challenge to complete and Vergil’s own take on the mode is no different. The best way to play Vergil is to stack up as many kinds of damage as possible. He has lots of attacks which skilled players can layer with his melee moves.

Translation: Vergil's Bloody Palace is for the hardcore fans. Those who are looking for a challenge along the lines of classic 'Devil May Cry' ought to be quite pleased in needing to maximize Vergil's move set to beat all 60 floors.

When you layer everything up, you can hit with three or four attacks at a time, which is when Vergil is doing the most damage. Of course Devil May Cry is not just about killing enemies but also about how you kill them. Some stylish moves I recommend trying out are jump cancelling with the Killer Bee and following up an Atomic with a Solar Flare. Loads of damage and loads of style!

You can find the latest info on 'DmC: Definitive Edition' linked from our Video Game Release Schedule. 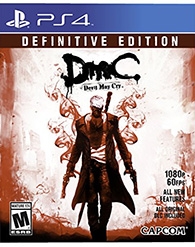 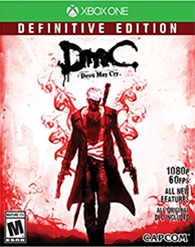