On the Eve of 'Rock Band 4's First Major Update, the DLC Gets Intense

Tomorrow, 'Rock Band 4' will get its first major post-release update. (See here.) There have been some important updates since the game's release, but tomorrow is the first time the game will be updated in the platform sense. This free update is for both the PS4 and Xbox One and will include the new Brutal mode, and hopefully, will see an option to export 'Rock Band 3.' (But expect the export not to be free.)

Meanwhile, there will be more DLC. Tomorrow, three DLC tracks taken from the metal genre (and in theory perfect for the new Brutal mode). 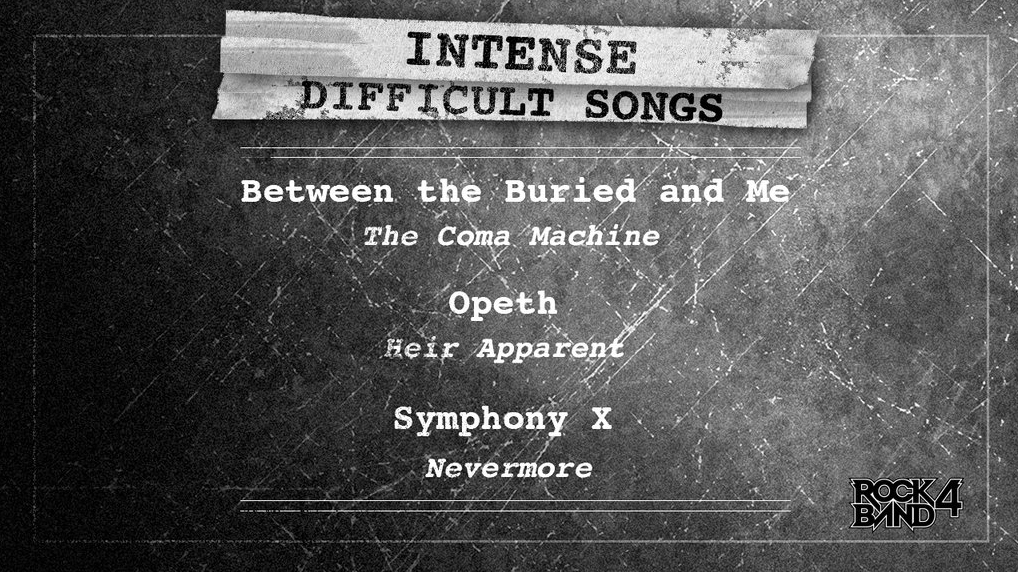 Each of the new three tracks hitting tomorrow can be had for $1.99 apiece.

While this DLC doesn't tug at me, I've been awaiting this big update (like 'RB3') since the announcement of 'Rock Band 4.' (With the game just sitting in a holding pattern for me.) No doubt, the first day may be tricky as the update comes down, but I hope the wait pays off. That being said, there will be more updates with more features in the future.