Back in 2013, nefarious types circulated endless sinister offers for a 'Grand Theft Auto V' beta ahead of the game's release. This year, with PS4, Xbox One, and (eventually) PC versions of 'Grand Theft Auto V' on the way, the fake beta offerers have stepped up their efforts. So much so, Rockstar Games has an entire page to let fans know point blank, "There is no pre-release 'beta' test for Grand Theft Auto V."

Best bet is to wait for the official release November 18th (PS4 and Xbox One versions). 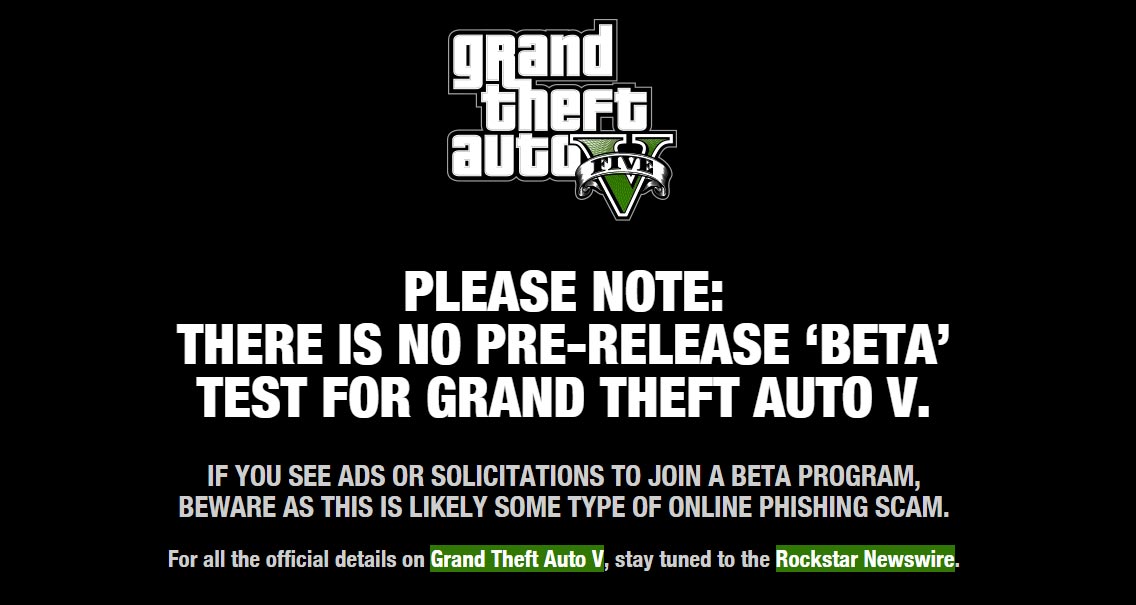