High-Def Digest's Most Anticipated Game for 2015

As 2014 fades away, 2015 looms large. We've already announced High-Def Digest's Game of the Year for 2014, but there's something about looking back that cries next up. There are so many exciting games that are (hopefully) due out in 2015, that the volume alone is enough to be excited about. When it comes to High-Def Digest's Most Anticipated Game for 2015, there are really two groups. First there are the Runners Up, some of the many of the exciting games that vied for the top pick, and then, the top two games that were picked. Hey 2015, let's get excited.

One thing to note, however, is that though 2015 has loads of games penciled in for release, a good chunk of those games likely won't make a 2015 release date, and unfortunately, that likelihood has had a pretty dramatic effect on this list.

It's time for Naughty Dog. With their PS3 titles, the studio made one of the strongest cases for what can be achieved with an exclusive platform focus (and plenty of first party help). With what has already been shown with 'Uncharted 4: A Thief's End,' the new 'Uncharted' game looks stunning- a stunning technical demo. The gameplay retains certain familiar series' elements, but the size of the environments and the nature of the platforming looks to be something more dynamic than what was offered in 'Uncharted 3' or in 'The Last of Us.'

While there is much about the 'Halo 5: Guardians' multiplayer that is still in flux, it's clear that the speed of play is a blur. What's left then is the game's campaign. Storywise it looks about right, but what most players want is a series of jaw-dropping moments, and that's something that 343 is really targeting.

The Legend of Zelda

Ok so, 2015 might not be a realistic release window for the new 'The Legend of Zelda,' and in fact, Nintendo has even promised that a mysterious and altogether exciting project in its own right, a new 'Star Fox' will grace Wii U consoles first, but the eventually release of a new, HD from the ground up, 'The Legend of Zelda' will be a gaming event whenever it occurs. Personally, this has been a long time coming. Since as far back as the pre-'Wind Waker' GameCube days, I've wanted a Zelda that is open and lush, and not full of water or sky or PS2 era visuals. 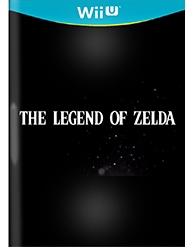 If there's one game that has truly captured gamer's imagination and anticipation without the association of an existing IP, it has to be 'No Man's Sky.' Talk about pointing your ship to a random star, in search of a new world, and this is the game to beat at the moment.

Rise of the Tomb Raider

Lara Croft is an icon, but it was Crystal Dynamic's 'Tomb Raider' re-imagining that made her something cutting edge. Microsoft has nabbed the sequel, 'Rise of the Tomb Raider,' for the Xbox One, and it's a big haul. Built for the current gen, this adventure will pull in all sorts of players, who are ready to be stunned visually and viscerally.

'Metal Gear Solid V; Ground Zeroes' was a nice diversion, but everyone has to know that the next step in 'Metal Gear,' the next time that players become submerged in a Kojima vision, will be built around two familiar words, "Mother Base." Of course, base-building is really just the nuts and bolts of 'Metal Gear Solid V: The Phantom Pain,' while the story will take Big Boss in a mind-blowing direction. It'll be mind-blowing and canon straddling even for longtime fans, which is par for the series. 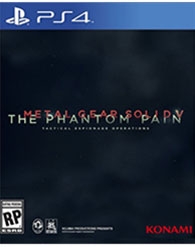 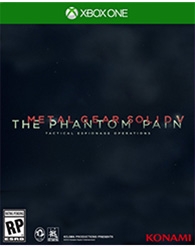 Again, 2015 is only a loose association for this next chapter. 'Street Fighter V' may be a ways away, but clearly the fighting scene has changed. While the game's PS4/PC exclusivity is interesting, it will be even more interesting to see how public the game's development becomes. Capcom seems poised to feature the game throughout 2015 at various tournament and gaming events, and the payoff should mean a fighter that is more much balanced than 'Street Fighter x Tekken.'

Somewhat recent games like 'Injustice' are fine and all, but who isn't excited to play 'Mortal Kombat X?' By that same token, the new game carries the sense that NetherRealm has been loosed on the new consoles, and I expect millions will partake in that special perverse joy that comes with being completely brutal in finishing an opponent.

This is a game that could easily win the most anticipated re-release of 2015, and Nintendo knows it. It's fitting then that one of the most off the reservation installments of the series is finally getting revisited on the 3DS in the guise of 'The Legend of Zelda: Majora's Mask 3D.' 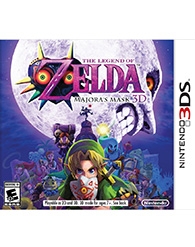 Ubisoft introduced 'Tom Clancy's The Division' with the maximum amount of dramatic flair possible, and subsequently even made the game's story look worth investing in. But there's more to a game than sexy footage and glitzy trailers. Fortunately, I've seen enough of the 'The Division' in action to be fascinated by the gameplay possibilities. As it stands, I can't help but hope that the struggle over a devastated NYC makes good on the core of 'Destiny' while delivering the content and story that players can really enjoy.

Frankly, when it comes to exploring the fun and chaos of time travel, it's only video games that can offer that intimate and intricate sensation. The whole idea of manipulating time is a root of many a great game. When mixing in this time manipulation theory with developer Remedy, it's automatically intriguing. But when seeing what is cooking in 'Quantum Break,' the anticipation reflex is apt to go crazy.

CD Projekt RED is the kind of developer that engenders fandom. While 'The Witcher 3: Wild Hunt' has been pushed back more than once, the game's scale as a current gen action RPG is apparent, and that alone makes it worth looking forward to. But the refreshing and believable promise of no paid DLC (and several announced free bits of content) is a hard thing for even the most cynical gamer to not smile for.

This is my personal choice for the Most Anticipated Game of 2015. You had me at Chalice Dungeon. From Software's 'Bloodborne' is like some kind of wishlist game. Take the unique offering of the 'Souls' series, add in the power of the PS4, a new setting, and the new gunplay elements, and a must-play title is born. The recent public reveal of Chalice Dungeons, a part of the game that changes dynamically on a per attempt basis, is just the first of the unexpected avenues that this exclusive game has to offer.

When it came to consensus pick for High-Def Digest's Most Anticipated Game for 2015, one game very distinctly appeared on all lists. It could be argued that the original 2014 date for 'Batman: Arkham Knight' means that the new console, new enemy, new Batmobile game is past due, but I think the extra time has helped in a different way. Something about absence makes the heart grow fonder. Even when counting 2013's 'Batman: Origins,' it's been a long time since the 'Arkham' Batman has graced consoles (especially when judged by Assassin's Creed annual standards). That said, the jump to the PS4 and Xbox One needs to come with a minimum of show-stopping bugs. Here's hoping that Rocksteady has the time to get it right.

And that's the list. To be fair, this list could have been twice as long, and there still would be potential bombshells left off of it. Thus, though many games will be pushed backed, delayed, and even outright cancelled, 2015 looks to be a great year for gaming. With such a varied field to choose from, opinions will vary greatly. Let us know what your most anticipated games are in the comment section below.