Ranking up demon kills is too much fun.

It's the height of QuakeCon 2015, and so it's pretty fitting that the obvious highlight for me has to be activating "Quad Damage" multiple times. Sure there's a warehouse-size LAN party raging with just about everything playable on PCs right now in action. (I've seen people playing the original 'Deus Ex,' 'Terraria,' 'Mortal Kombat X,' 'SMITE,' in addition to games like 'Wolfenstein: the New Order.' Anything goes.) And sure, all eyes and ears are anxiously awaiting Todd Howard's QuakeCon 'Fallout 4' presentation, but the fore sure enduring highlight for attendees and press has to be playable QuakeCon alpha build of 'DOOM.' 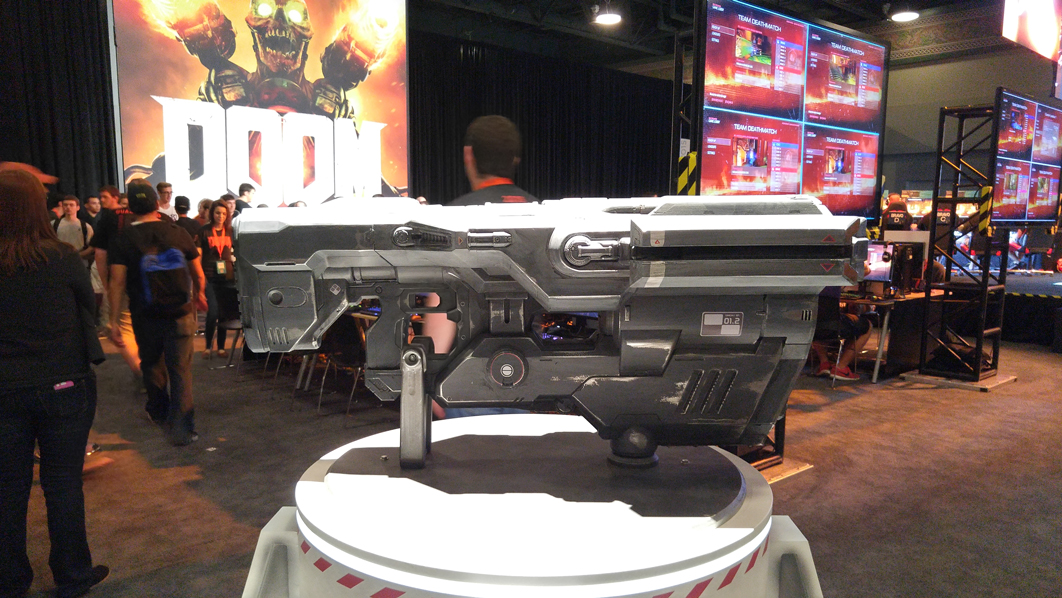 After a half-dozen matches in the early Friday morning away from the crowds, I'm more excited about a new 'DOOM' than ever. It's been years since I was last immersed in 'Quake 3,' but this new 'DOOM' brings a lot of what made that game so addictive back. That's not to say that 'DOOM's multiplayer is archaic, if anything it's a really fresh experience for me.

This build features one map, one mode, and most important of all, one demon. The map is an underground lava cistern type, and it's full of some classic id design points. Small ammo and health in the corners (in the fastest paths) and major ammo pick-ups in the intersections. Big health, body armor, the huge gun pick-up (the Gauss Canon), quad damage, and the demon sign dot different more advanced points in the map. Both the big health pick-up and the body armor can only be reached using more advanced jumping techniques.

'DOOM' has a jump, which is followed by a short boost jump, and when needed, the player can ledge-grab and pull up. In very id style, using these techniques together can be done nearly without breaking stride. The big health is under a bridge over lava, so correctly boost jumping is the only way to grab it and land without cooking in lava. The body armor can be reached using a boost jump, landing on a ledge, and then jumping straight up for a ledge grab. What's crazy in this map is that it's possible to grab the body armor, drop down, and pick up the Guass Canon, and then walk a few steps and grab the off-path quad damage. (The Guass Canon has an alt mode that lets you see opponents through walls, and around corners.) To help the maps multi-level flow, elevator pads that push the player up with a beam are in several areas, but this is a bit misleading. The map layers are staggered so that a jump, boost jump, ledge grab, could get me to most places areas without having to go the long way. (Too wit, traversal in this new 'DOOM' is fun while being more grounded than 'Q3.')

This is all very much like 'Q3' except for the jumping, and the secondary weapons like the frag grenade or the teleporter. (The player can drop a teleporter to make their own shortcut or to make a trap that sends enemies right into the lava.) Then are the melee attacks, which feature finishers like pulling off the an opponent's head.

Right after the match starts, the first demon sign becomes available. With it, a player will become the Revenant. The Revenant is the demon featured in this build, but there will be others in the final game. A player can be the Revenant for 60 seconds, destroying enemies with his shoulder rockets. If the player dies the 60 seconds are up, the demon sign is up for grabs, and the balance of the 60 seconds goes to the next player. (Only one Revenant at a time in this mode/build.) 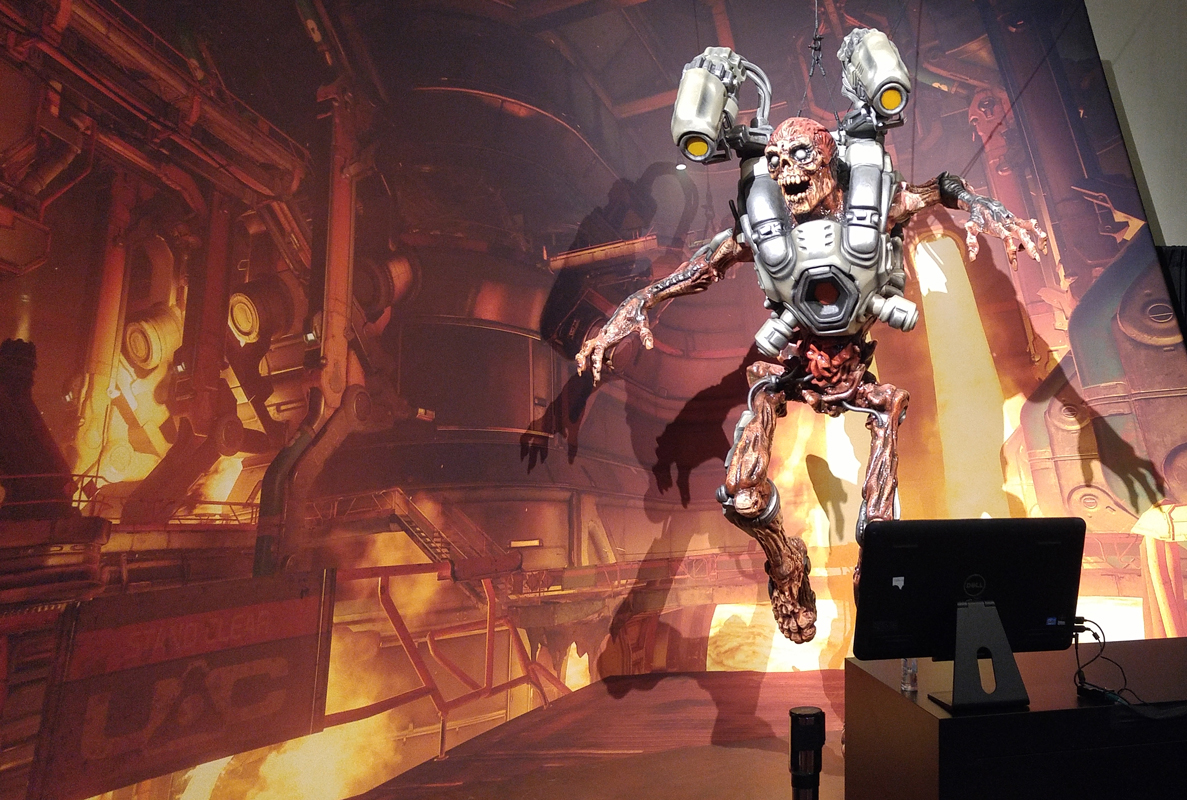 It's quite likely that the demon inhabiting player will die, because though they are powerful, they are also a big target. In matches with more advanced players, the demon sign was traded back and forth, with the demon able to attract all players to their current part of the map.

Matches are frenetic with just about everything encouraging players to keep moving. Playing as the Revenant is even more awesome than it had seemed when fighting against or with Revenant players. Being so huge, enemies get smaller, but if they are standing or running in your line-of-sight then they are going to be toast. I rattled off six demon kills with a revenant in no time, and I was just having too much fun blasting the enemy team.

I may be biased, as I really enjoy the old-school style of health and ammo pick-ups as well as the keep moving gameplay, but I'm in no way shocked that playing 'DOOM' appears to be the highlight of QuakeCon 2015.