With a new trailer to boot.

To close out Bethesda's E3 conference, Arkane Studios gave fans an in-depth look at gameplay for Emily Kaldwin in 'Dishonored 2,' launching this November.

Most of the abilities in Emily's bag of tricks aren't necessarily as flashy as the "far reach" power featured in previous trailers. This extending arm allows Emily to navigate the new setting of Karnaca quickly and also lets her grab objects (and enemies) from far away when she's busy infiltrating.

The rest of her suite of abilities does offer impressive utility, though, including her Mesmerize ability, which makes groups of guards completely unaware of her presence, and her Domino ability, which allows her to link the fates of multiple enemies so that what happens to one happens to the others—handy when she only has the means to incapacitate one guard but needs three to drop.

Also available to players who choose Emily over Corvo Attano, the game's other playable character, is the Shadow Walk ability. This gives Emily increased stealth via shadowy appendages and, incidentally, unlocks a couple of slick assassination animations. 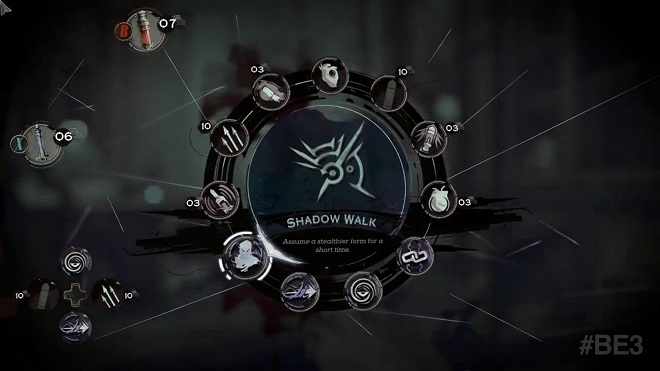 Arkane also showed off an item that allows the player to see alternate timelines of a single location. By jumping back and forth between timelines, players can safely set up kills without having to slowly sneak around. 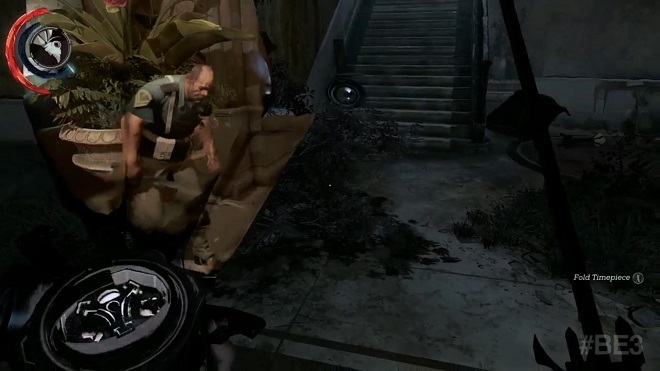 Before jumping into the Emily gameplay, Arkane talked more about the sequel's setting, Karnaca. The developers emphasized the team's focus on world-building while designing this setting, paying attention to how the history of the city would inform its current look and feel. The developers also mentioned that the town was designed with more verticality in mind, which should have players enjoying traversal as they zip up and around buildings with the arcane abilities of their character of choice.

You can get a taste of this new world with the newly released E3 gameplay trailer below.