Konami Announces 'Metal Gear Survive', Due Out in 2017

A radical departure for the series.

At Gamescom 2016, Konami exclusively revealed to IGN that 'Metal Gear Survive' the first 'Metal Gear' game since Hideo Kojima's departure from the studio last year. Set directly after the end of 'Ground Zeroes' the game is a co-op survival stealth game about soldiers who survive the attack on Mother Base only to be sucked into a wormhole and dropped into a strange wasteland filled with zombies. Though Big Boss appears in the trailer, it isn't certain if he'll be in the game itself. You can catch the trailer right here:

The game will utilize the Fox Engine and similar mechanics to 'MGSV', though within the framework of a multiplayer survival game. It'll be released on PS4, Xbox One, and PC in 2017. It is unclear who the developer on the title is, and if staff from the old Kojima Productions team are at all involved with this. Konami describes it as follows:

Metal Gear Survive will offer a fresh take on the series' famed stealth elements but within a unique co-op setting that is designed for a truly engrossing multiplayer experience. 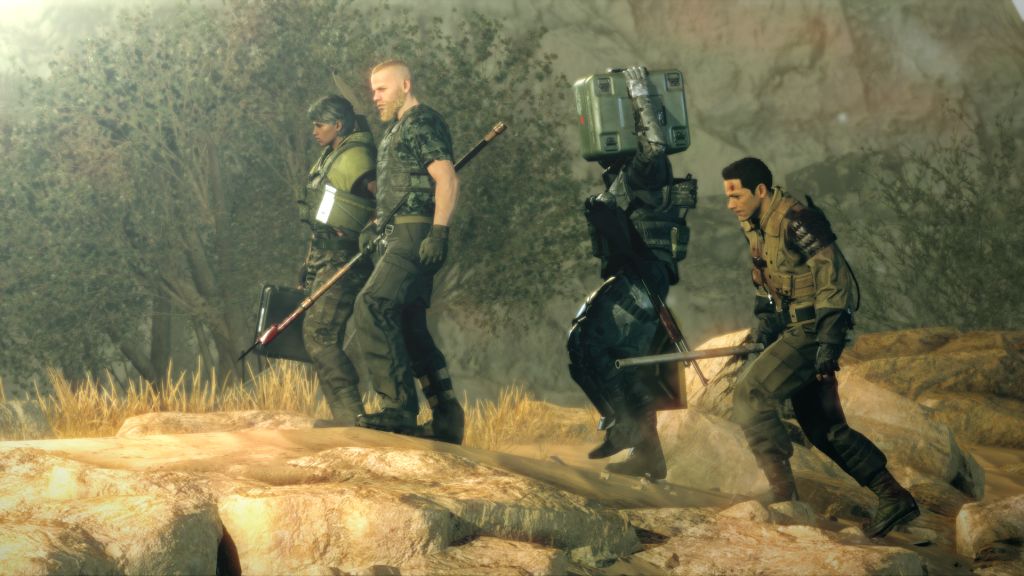