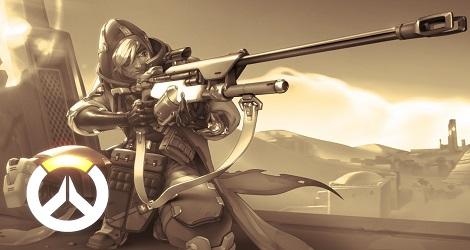 Welcome adjustments all around.

The latest update to 'Overwatch' has just hit yesterday, buffing Ana barely a week into her full implementation into the game and giving McCree (already the subject of multiple nerfs) some needed adjustments.

First off, Ana, who Blizzard has stated to be "very well received" but "a little weaker overall", has received a rate of fire increase of 20%, while also having her magazine capactiy increased from 8 to 10. A fairly straightforward buff, but definitely a substantial one. I'm really glad Blizzard is taking major steps to make support characters viable, having just given Zenyatta some much needed improvements as well.

Second, McCree has been nerfed in a few areas while seeing improvements in others. Most notably, his range has been decreased, with bullets dropping off in damage 10 meters earlier than they did previously, it's worth noting that his range is still higher than it was at launch, however. His alternate fire, the subject of a great deal of frustration for many, has seen a 15% rate of fire increase, and flashbang recovery time has been decreased from 0.5 seconds to 0.35. I'm not sure how I feel about the changes, as this seems to be shifting him more towards close-range combat, but we'll see how it pans out.

Finally, all targets of Ana's sleep darts won't get woken up instantly by taking damage, with recovery time now being 0.5 seconds.

I'm surprised to see Ana receiving such substantial buffs so soon, but Blizzard's commitment to tweaking and perfecting the game is commendable, and this gives me a lot more reason to actually try her out from now on.