Publisher NIS America has revealed that they will be bringing cult hit visual novels 'Danganronpa: Trigger Happy Havoc' and 'Danganronpa 2: Goodbye Despair' to PS4 in early 2017 as 'Danganronpa 1&2 Reload' a compilation of both games. You can catch the announcement trailer for the collection below:

Additionally, while nothing has been formally announced, NIS America has teased that there is more to come, implying a potential localization of the upcoming 'New Danganronpa V3', which is due out in Japan in January.

The collection will retail for $40, however there will also be a $60 limited edition available exclusively through the NIS America online store which includes the game, a 40-page hardcover artbook, a two-disc soundtrack, Monokuma sunglasses, a Monokuma coin, Sticker, and a collector's box. 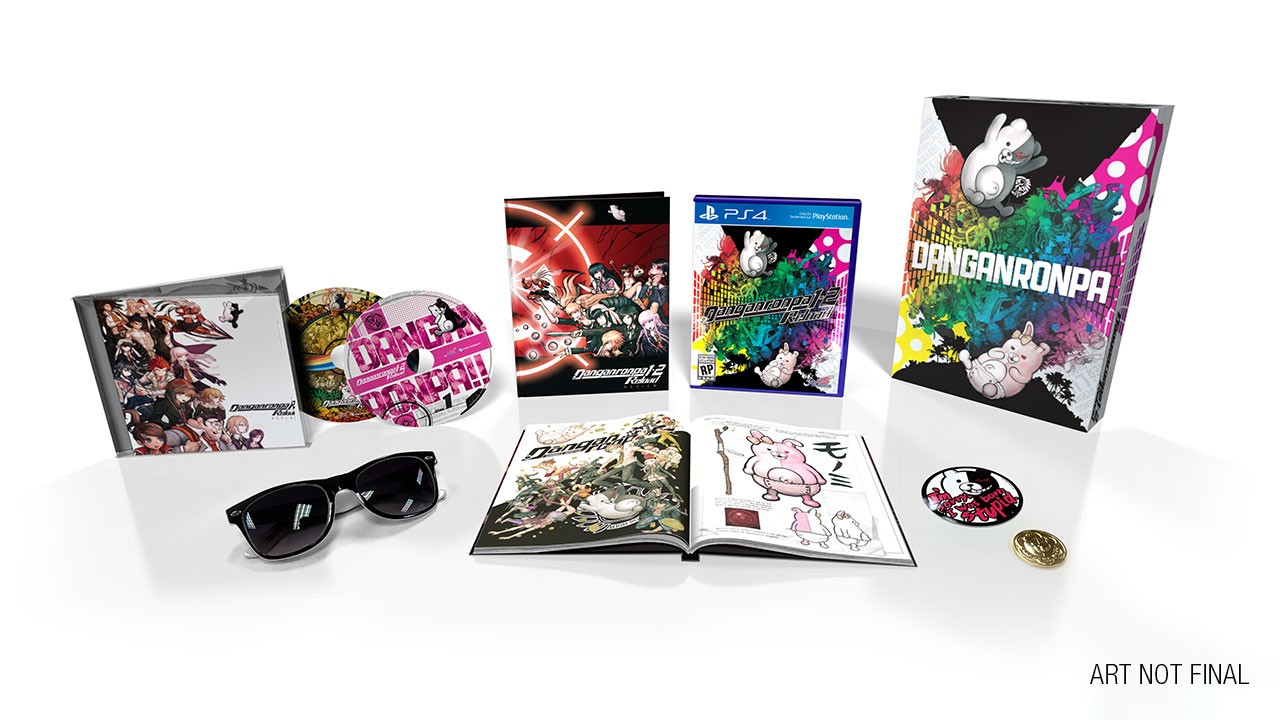 The publisher describes the games as follows:

In Danganronpa: Trigger Happy Havoc, enter Hope’s Peak Academy, a prestigious high school reserved for the nation’s “ultimate” students. Things get a bit twisted when the academy’s students find themselves trapped inside with Monokuma, a maniacal bear who has taken them all prisoner to play his deadly game of despair.

Continue the adventure in Danganronpa 2: Goodbye Despair with a brand new cast of Ultimates. Mysteriously trapped on Jabberwock Island in their own life-or-death game, having fun in the sun with this twisted teddy requires more than a bit of wit to survive.

I really adore both of these games, particularly 'Danganronpa 2', as they're both terrific mystery games with some phenomenal character writing. If you've not played these before, this is a great chance to jump in.