Here Are the Five Games Featured at Sony Gaming Friday 2015

A peek at the featured PSN software for 2016.

Last year, Sony hosted on event that was colloquially dubbed ‘Sony Gaming Friday’ on – you guessed it – Black Friday. Bear in mind, the 'Black Friday' event isn’t known or celebrated over here. But, sure enough, companies will try to hop on the band wagon. Sony, however, did not attempt to pry cash from our hands, but offered nothing but love and friendship. In the form of food and games, admittedly. All jokes aside, 'Sony Gaming Friday' is a low-key contrast to say, PSX. More meet and great than megaton, accompanied by playable demoes of forthcoming titles. A year ago, the big guns were 'Bloodborne,' 'Until Dawn' and 'The Order: 1886.' And, indeed, a year later, they have all become important PlayStation 4 titles, some better than others.

For the second 'Sony Gaming Friday,' Sony decided to go for a different route. Less focus on blockbusters, more on the smaller, downloadable titles. As Wim Coeckelbergh, head of the PR agency hired by Sony to host the event, stated: "Every year, oodles of excellent games fall between the cracks. Today, we want to show you five future PSN games that are highly interesting, and enjoyable and worthy of your time."

Games that don't deserve to fall behind the stove while making dinner, then, to paraphrase Tom Waits. Place to be: the Atomium, one of the only landmarks Belgium has to offer. A wicked location to play games. 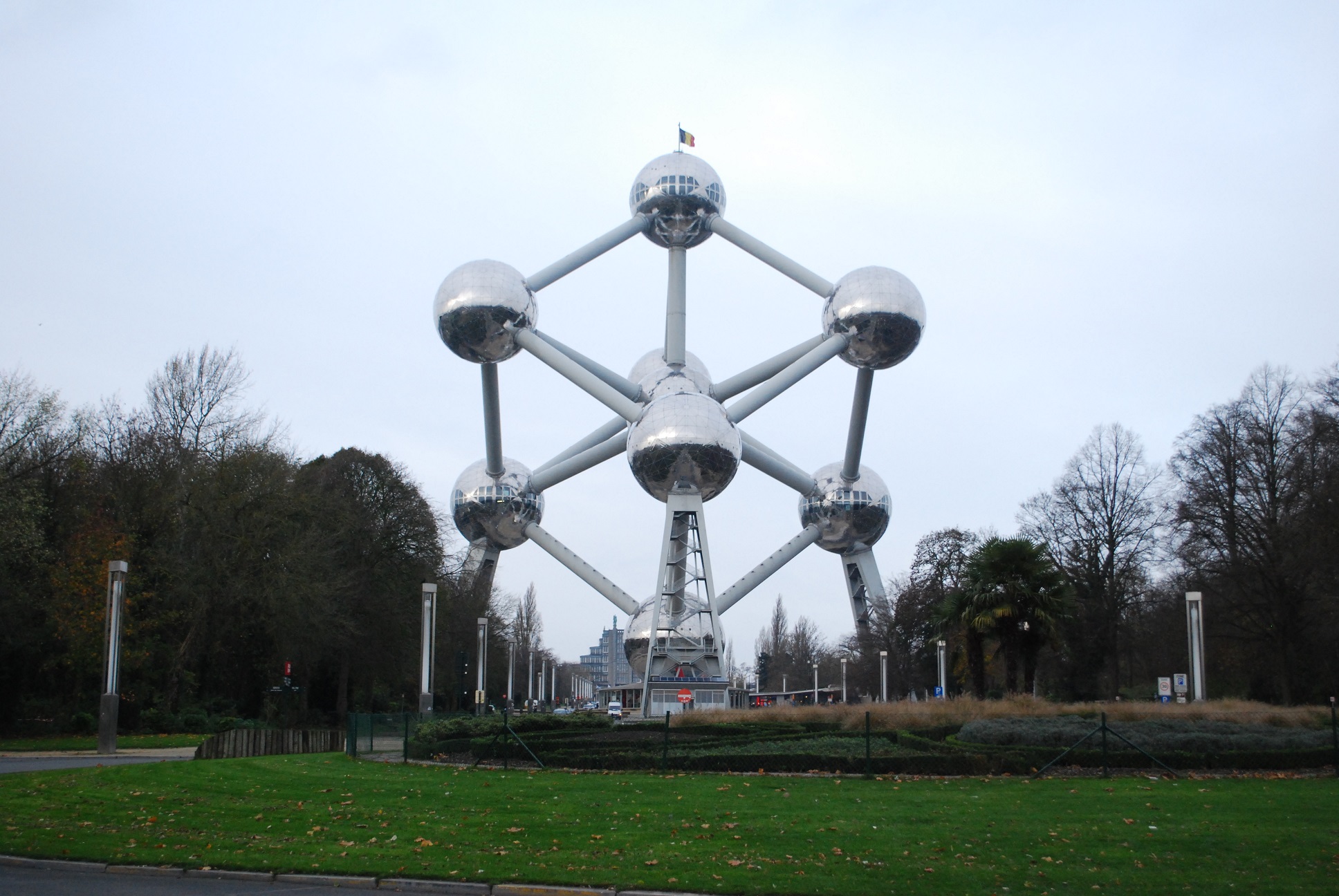 What Remains of Edith Finch

Courtesy of Giant Sparrow of 'The Unfinished Swan' fame, there comes 'What Remains of Edith Finch,' an intriguing and atmospheric first person exploration game. "A lot of this isn’t going to make sense, and I’m sorry about that "says the unnamed female main character (Edith Finch? Someone else?) on the demo’s title screen. There's a voice-over, with subtitles interwoven throughout, and when I opened a 'non-trespassing' gate, the words flew away like dust particles. After a short walk through the woods, we came across "the original house" (presumably from the protagonist's youth). The graphics are gorgeous (there's a stunning underwater mural in "Walter's Room"), and the music is beautiful. There are excellent sound effects to boot, such as the dripping of soft rain. In a flashback at the end of the demo, we turn into a cat, an owl, a shark and a tentacled monster. The playtest raises far more questions than it answers, and that’s a compliment. 'What Remains of Edith Finch' was the best game on this Gaming Friday. So far, highly recommended. 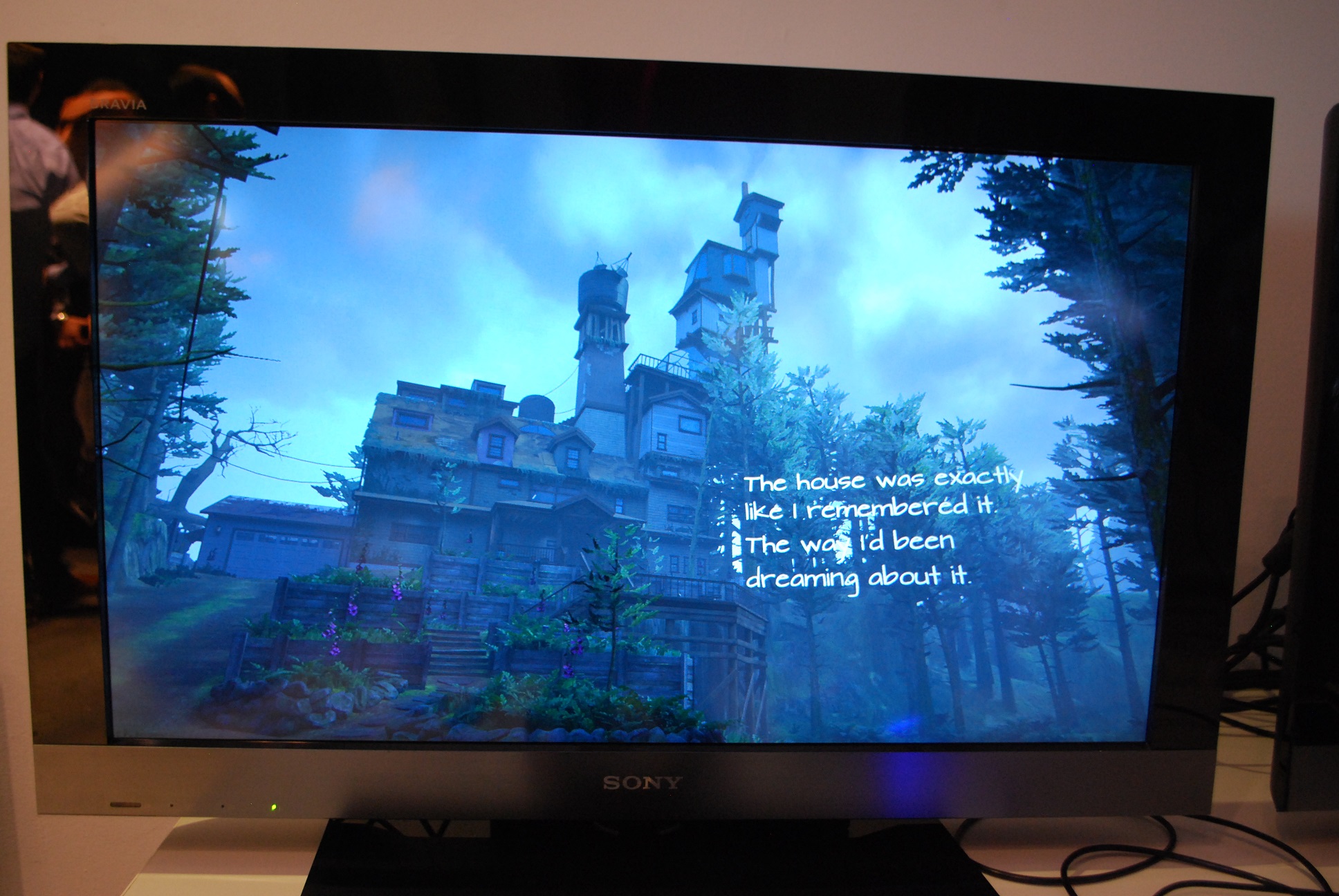 Fun Bits Interactive's 'Fat Princess Adventures' was released in full on December 5th. "The legend of the Fat Princess continues," or so the title screen promises. If you have ever played ‘Fat Princess,' you know what to expect. Enemies meet a gory, bloody demise. The main hero sounds like a discount Jon Lovitz. The narrator has friendly advice for sale: "Careful, you may die soon." Truth to be told, this real-time strategy action isn't my favorite genre, but it's a well-made, colorful, and fun game. (Best quote: "It's Hammer time!,' something I could appreciate as a big fan of Stanley Burrell). 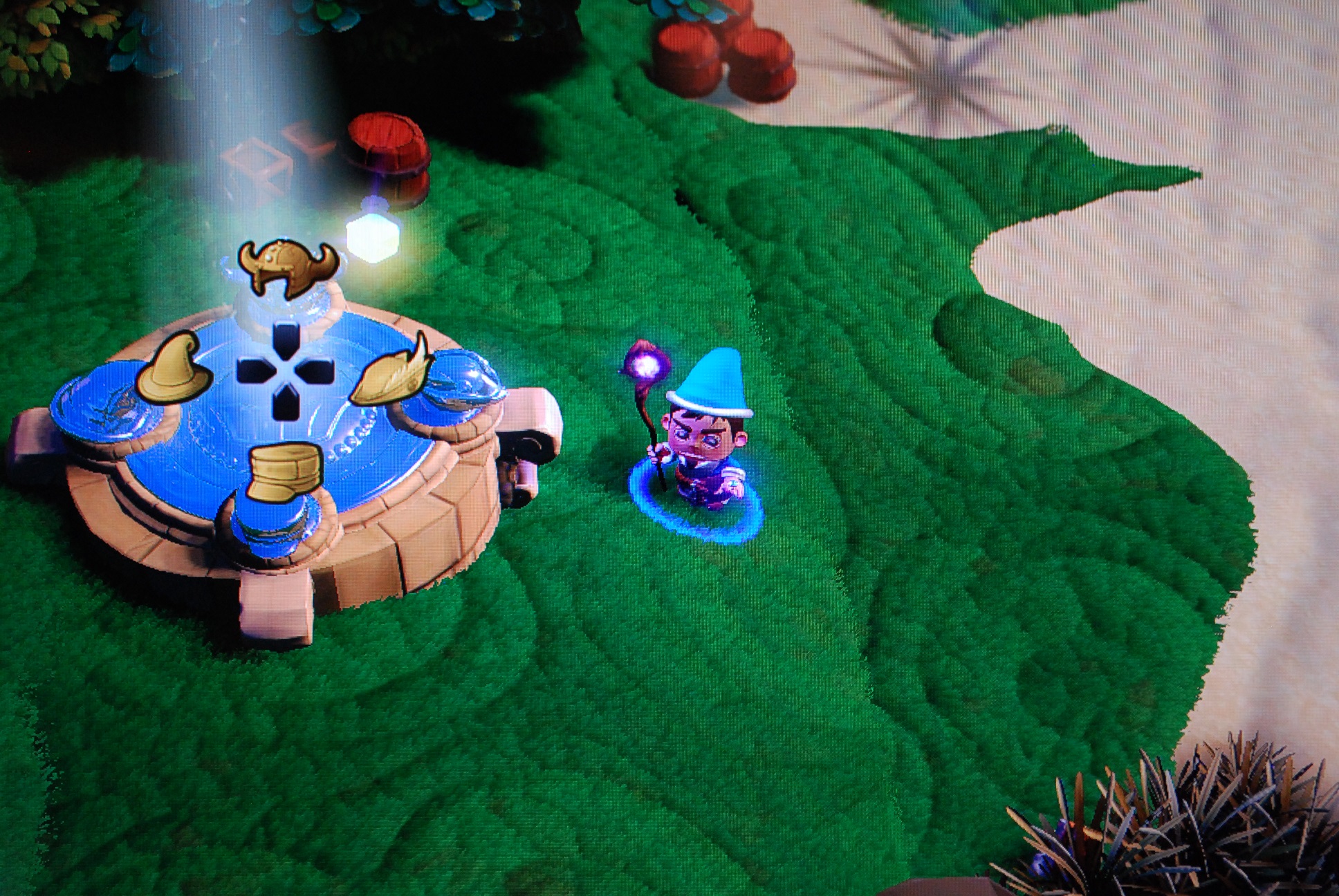 Shadow of the Beast

'Shadow of the Beast' is a 2D 'Prince of Persia'-esque action sidescroller made by Heavy Spectrum Entertainment Labs (quite the mouthful), and a remake of the classic 1989 Commodore Amiga game that I have never sampled. According to Sony, the original story will be preserved, which sees Aarbron battle his way through hordes and hordes of monsters, crawlers and beings. Aarbron has long protruding claws, so I immediately envisioned a 'Wolverine' downloadable patch. A solid engine, fluid graphics and generally pleasant music sweeten the deal. By all means a promising title, that combines action and platforming gameplay. 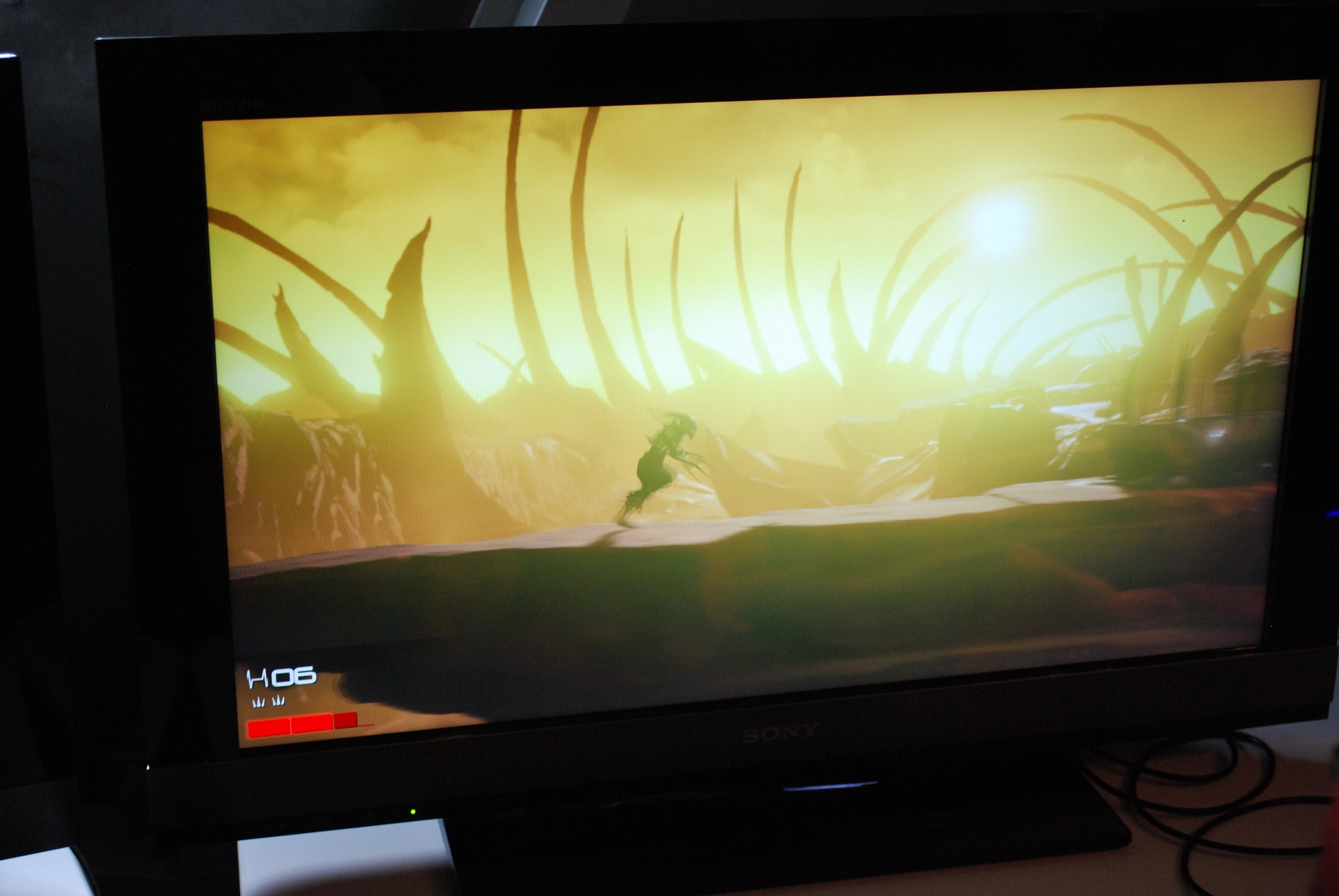 'Gravity Rush Remastered' is the same 'Gravity Rush' that launched alongside the PS Vita, now remastered by Bluepoint Games for the PS4. If you have played this on the go, there’s little incentive gameplaywise to buy it again as the rerelease serves as promotion for the upcoming PlayStation 4-only sequel. Even so, the game looks amazing in high definition. I can’t imagine Sony pouring money into rebuilding the game from scratch, so the original Vita assets must have been incredibly large and detailed, and subsequently downsized for its original portable incarnation. For the visual aspect alone, I might be tempted to buy it again. Although I felt the game was lacking something indefinable. 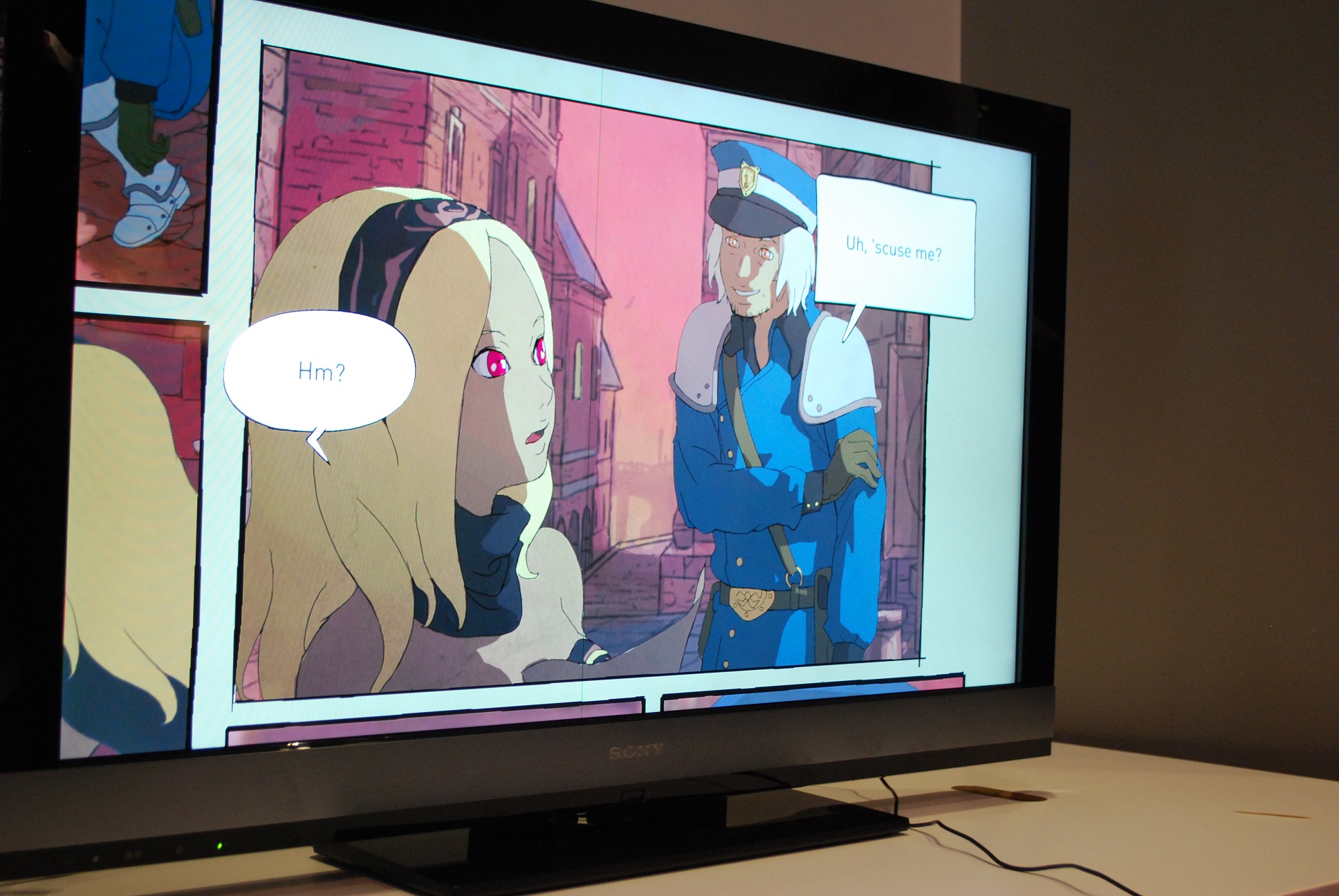 'Alienation' is a top-down shoot 'em up developed by Housemarque, which is basically an intergalactic version of their earlier title 'Dead Nation.' Choose between bio-specialist, exoskeleton, and saboteur and engage in ludicrous, over-the-top action. When the going gets intense, so does the spacey music. This could be an alternate Sergeant Calhoun game (see 'Wreck-It Ralph'). Every enemy death is rewarded with experience points, there's no jumping ('Zelda' flashbacks) and there's an abundance of cheesy puns ("Let’s give him the 'hole nine yards" in a level called 'The Hole Situation'). Fast-paced and exhilarating, but not quite my cup of tea. 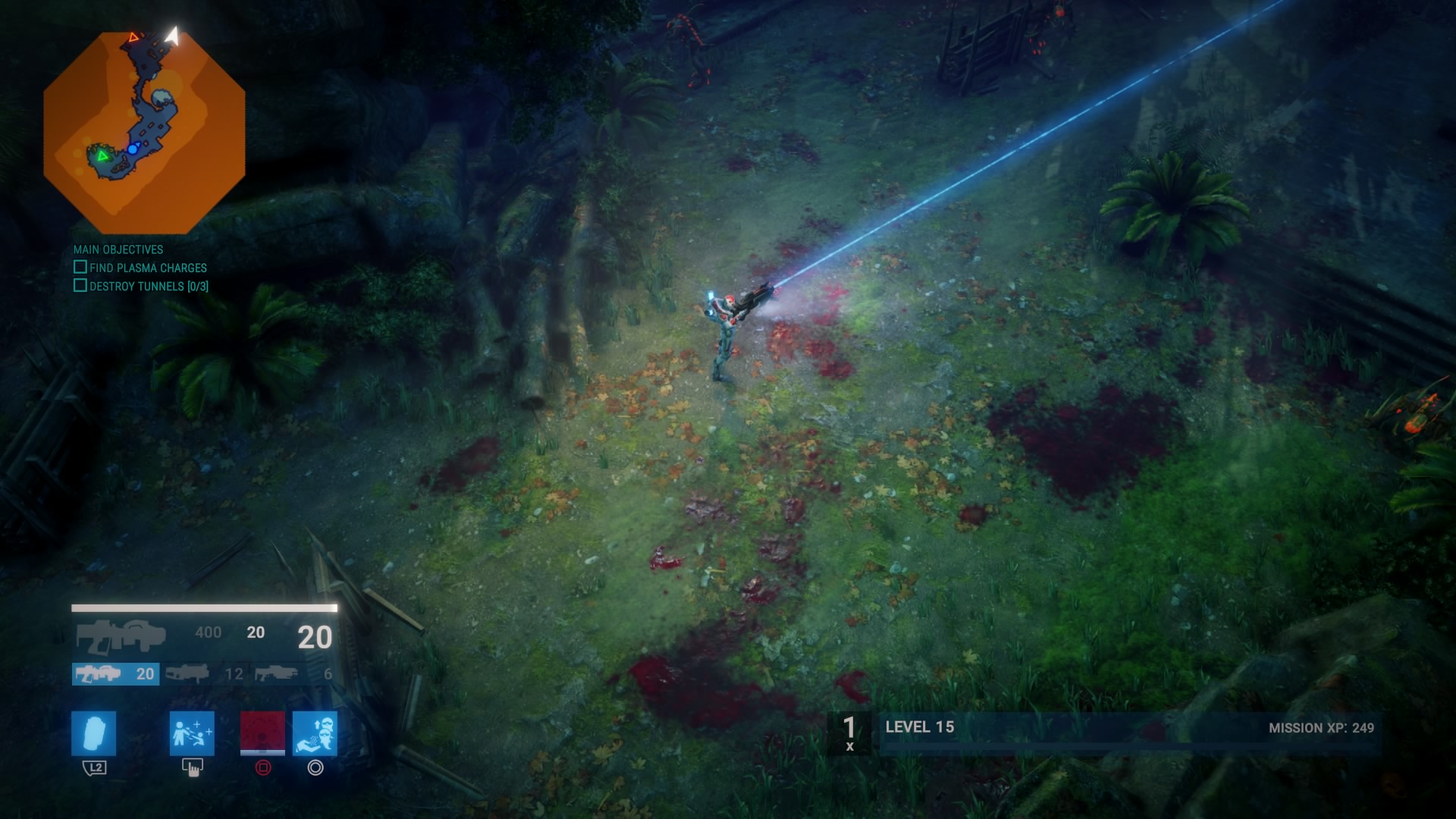 All of the games, minus the now released 'Fat Princess Adventures,' are slated for release in 2016. If you like to pick games like stocks, I would invest in Giant Sparrow. They've got something unique going with 'What Remains of Edith Finch.' 'Shadow of the Beast' is worth a look, too. In total, I'm glad for another accomplished Gaming Friday.