2K Reveals the System Specs for 'Evolve,' Which Does Not Include SLI or Crossfire Support On Release But Does Offer 4K

There are some tweaks being offered.

Even as users prepare for 'Evolve's upcoming three platform beta, 2K and Turtle Rock have confirmed that the game has gone gold ahead of its February 10th release date. In fact, the game finally has an official set of minimum and recommended PC specs, and there is some range there. At the same time, 2K Games has shared a list of settings, as well as a few other notes. 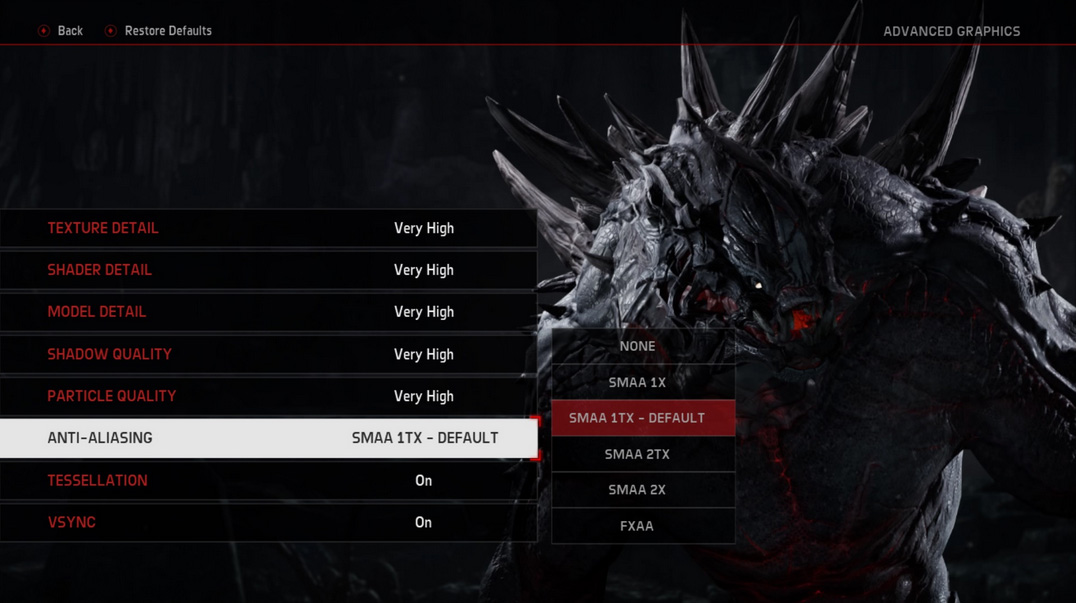 Evolve will support 4K resolutions, and will have options for texture detail, shader detail, model detail, shadow detail, particle detail, anti-aliasing, tessellation, and VSYNC. What the game won't have at launch is SLI or Crossfire support. Fortunately, post-release support has been promised "as soon as possible."

Here are the specs: