Studio Wildcard has revealed today that 'ARK: Survival Evolved' will be getting some big new additions to the game later today in the form of the Terror Bird, which Wildcard describes as follow:

"The Terror Bird also known as the Phorusrhacidae Rapidesultor, is a ferocious but tamable avian capable of high-speed sprints and brief hover-like leaps. It is not a flying bird per se, as its flight is comprised of short, sustained “Joust”-like glides or leaps. At eight to 12 feet tall, the Terror Bird is aggressive, but still tamable and ridable, making it an excellent combat mount, particularly for harassing and scouting. Riders of the Terror Bird gain most of the benefits of a fast, mobile ground-based theropod, while also gaining some of the freedom of movement from a flyer. It is known to show traits related to theropods such as the Utahraptor, Carnotaurus and the ever formidable Tyrannosaurus Rex." 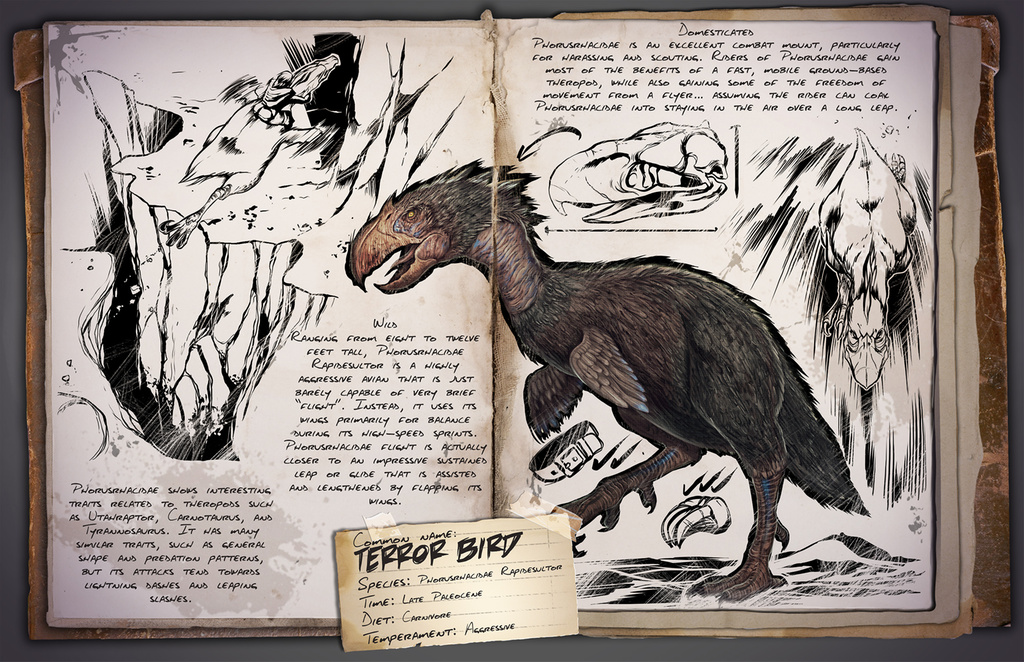 Grappling hooks are also being added to the game, allowing players to scale cliffs, attach to flying creatures and hitch a ride, capture other players, and drag around smaller creatures. This update should make movement in the game far easier and faster, and looks like a lot of fun.