Nintendo's Letting You Get Another Shot At 'Splatoon' Before Launch

Last week's Global Testfire for 'Splatoon' was a rousing success, creating instant addicts of pretty much anyone who laid hands or eyes on it. Also instant rage for anyone who runs with the Roller class, but that's a whole other story. Today, Nintendo has announced they're letting players get one more free hit before they have to start coughing up money.

The demo is once again downloadable from the Nintendo eShop, and a final Global Testfire is scheduled for May 23rd at 3pm PST/6pm EST. Just like last time, the servers will be up and running for one hour, and one hour only, and then you're stuck scratching your veins till the full game's release the following Friday, May  29th. Also just like last time, anyone who downloads the demo can take advantage of getting 10% off the digital version of the full game from the eShop any time between May 29th and June 4th. Because that's how a dealer gets you: On the comeback.

You can find the latest info on 'Splatoon' linked from our Video Game Release Schedule. 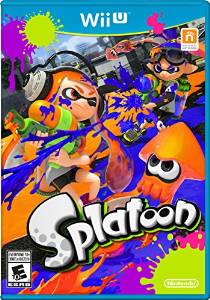