All The News That's Fit To Print From Today's Nintendo Direct

Nintendo's first Iwata-less Direct presentation just wrapped, and while we've covered the big bullet points, which will be linked below, there was still a LOT crammed into that 45 minutes. So, let's put some bullet points together:

'Star Fox Zero' Coming To the WiiU In April

'Pokemon Red', 'Blue', and 'Yellow' Coming To The 3DS, With Trading Support

Slowly but surely, Square's starting to figure out that yes, people would like to play 'Dragon Quest', and have decided to bring two of the most beloved titles in the series to the 3DS. 'DQ VII' will be available next Summer. No precise timeframe set for 'VIII's release aside from being slated for 2016.

Tacked onto the back end of the 'Twilight Princess HD' announcement was just the simplest reassurance that yes, 'Zelda WiiU' is still headed our way in 2016. In addition, the Wolf Link Amiibo will carry some sort of data over to the new 'Zelda' whenever it hits. 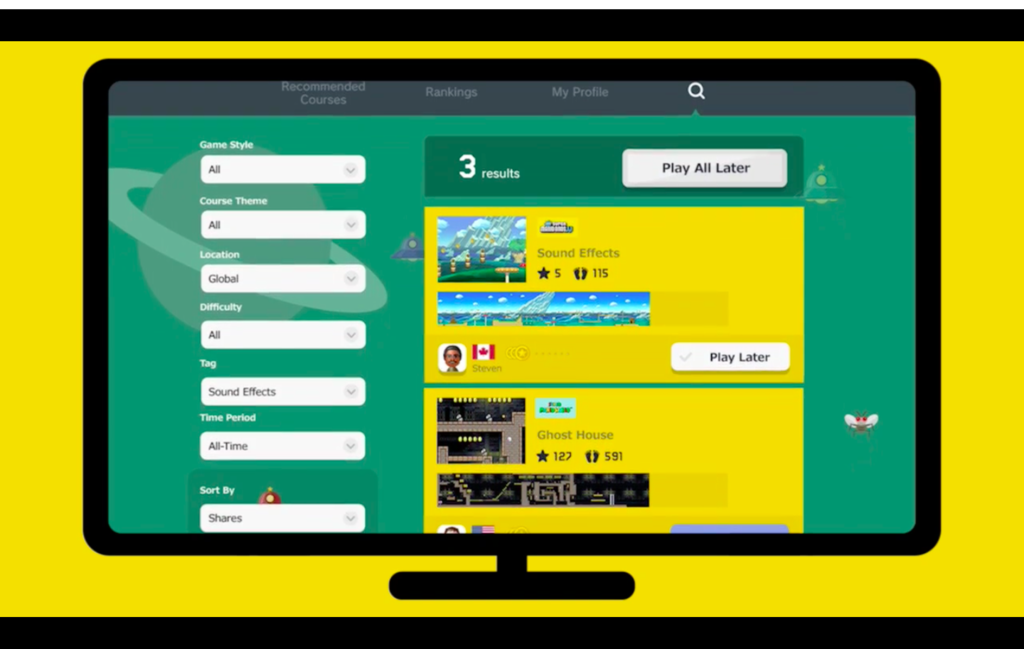 As great as 'Super Mario Maker' is, pretty much the one universal problem everyone now has is separating wheat from chaff when it comes to finding new levels to play. Most of the top rated ones are autoplays or "Rate My Course And I'll Rate Yours" worthlessness. Nintendo is about to fix that: A new online portal will be launched soon which will allow players to filter and search through all available courses. There's going to be a mobile version as well, so you can save interesting looking courses to your profile, and play them when you're back in front of your WiiU. Hallelujah. It's not live just yet though, but we'll keep you posted.

New 'Splatoon' Content Coming In, Oh, A Couple Of Hours

That steady drip of new 'Splatoon' content doesn't seem to be slowing up any time soon. 'Splatoon' will not just be getting two new stages--an art museum called Museum d’Alfansino, and a snazzy vacation destination called Mahi-Mahi Resort--but will be getting a host of new clothes and gear. Best part is that the clothing update as well as the Resort stage will be live as of 5 PM Pacific. Yes, tonight. The Museum will be right behind it, being added tomorrow night at 6PM Pacific. You can check out all that good stuff in motion right below:

Sometimes, if you pester the Nintendo genie enough, it actually grants fan wishes. For example, after the first 'Zelda WiiU' trailer, there were tons of folks still wondering if Nintendo would have the stones to have Link be a girl. Well, we're still waiting on that little detail, or, you know, ANY detail about the new 'Zelda'. BUT, in the meantime, we do get Linkle, an additional character in the 3DS port of 'Hyrule Warriors' who is, basically, Link as a girl. She lives in a cucco-raising village. She wields dual-crossbows, and her hobbies include kicking the crap out of hundreds of enemies at once in a circle. In all seriousness, her design is pretty great, and fandom is, so far, more than glad to have her. She joins Toon Link, the King of Hyrule, and Tetra as new additions to the roster of playable characters, when 'Hyrule Warriors' Legends hits on March 25th.

Folks might've missed this because they were still reeling with disbelief after that Cloud Strife in Smash trailer played, but just so you know, there's a 'Smash Bros.'-specific Nintendo Direct happening sometime next month. Ten bucks says they announce 'Shovel Knight' as part of the roster then.

And now you know the rest of the story.

...well, mostly. Still have no idea what Bill Trinen going all Mr. Creosote on a box of donuts was about.