In Nintendo's Plan, They Are Discless

Nintendo files patent for console with no disc drive.

Everyone is still scrambling in the dark trying to figure out just what Nintendo is up to with its new console, but a new patent, filed back in February, but only recently released to the public shows at least one tiny part of Nintendo's schemes. Namely, the fact that unlike their contemporaries, they might be the first to jump on a discless console. 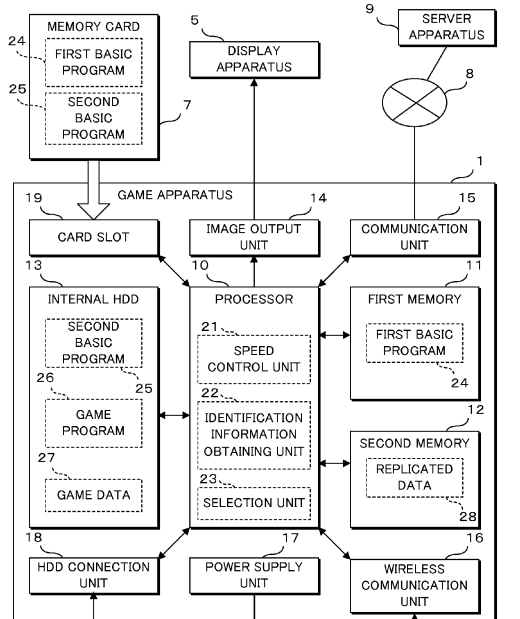 The box in the upper left hand corner represents this mystery card reader, sending info directly to the processor. What's missing, of course, is a disc drive, leading many to believe the next console is either going to be using some variation on the little digital Cheez-Its Nintendo's been using for the DS, or we're looking at something weirder entirely, possibly even an all-digital system. But we'll see. Whatever it is, we're probably hunting for scraps until Nintendo decides they're good and ready to show off their new baby.