The NES Is Coming Back. No, Really.

Nostalgia is a fickle thing, but if anyone has been able to go fracking for deep pockets of nostalgia to greater degrees of success than anyone else, it's Nintendo. And they might have just hit serious paydirt with this one: Nintendo is releasing a device called the NES Classic Edition, which is, essentially, a minature version of the NES. It will plug into modern TVs via HDMI, and support save states/suspend functions.

Now, hold your horses before you start culling together every cartridge you own. The new console won't actually read cartridges--the slot appears to be totally cosmetic--but instead, the NES Classic will come pre-loaded with 30 NES titles. And as far as compilations go, you could do a hell of a lot worse than this:

The Legend of Zelda™

Zelda II: The Adventure of Link™ 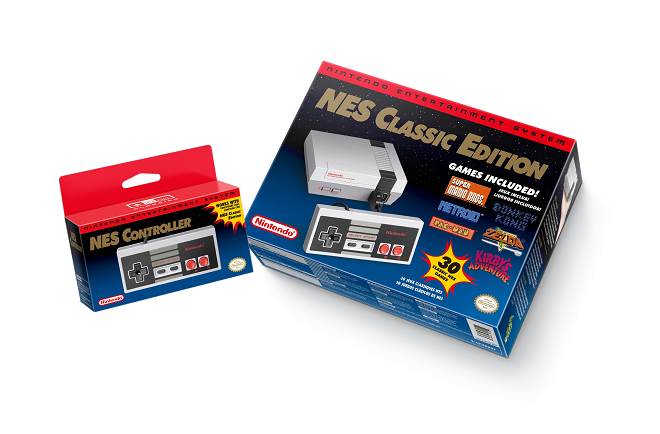 The NES Classic will be released on November 11th, for an astonishingly respectable price of $59.99. You can't even grab all 30 of these games off the Virtual Console for $60. On top of that, while the console itself won't work exactly like the original NES, you'll certainly play it that way. The console will come with the Classic Controller: A full-scale, working replica of the old-school rectangular pad that created permanent dents in many a palm between 1985 and 1994. Second controllers won't even break the bank, selling for $10 a pop.

This feels like the perfect solution for all the poor folks left behind as consoles advanced past the 2-6 button era (while also putting a nice little dent in the off-brand, aftermarket console racket), and that's certainly Nintendo's hope as well. So sayeth the mighty Reggie Fils-Aime in the official press release: “We wanted to give fans of all ages the opportunity to revisit Nintendo’s original system and rediscover why they fell in love with Nintendo in the first place. The Nintendo Entertainment System: NES Classic Edition is ideal for anyone who remembers playing the NES, or who wants to pass on those nostalgic memories to the next generation of gamers.”