You know, for kids.

It was only a matter of time, considering the new 3DS with its advanced hardware was only available in the XL model here in the U.S., but sure enough, Nintendo announced today at the annual Gamestop manager's conference that a new, smaller 3DS is on its way on September 25th.

The New 3DS was originally released in Japan alongside the New 3DS XL. In addition to the smaller size, the New 3DS features swappable faceplates (front and back), but otherwise, offers the same feature set as the New 3DS XL. 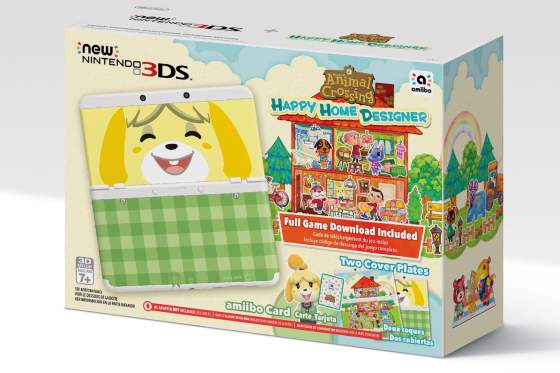 The smaller system will come bundled with 'Animal Crossing: Happy Home Designer' as a download, two new cover plates, a 4GB memory card, An 'Animal Crossing'-themed Amiibo card, and six AR cards. It'll run $219.99, which is a decent deal considering the big 3DS is $199 now, and 'Animal Crossing' is $40 on its own. Clearly, though, it's a package meant to appeal to those with smaller hands (read: kids). They'll be thankful for the lack of hand cramps.