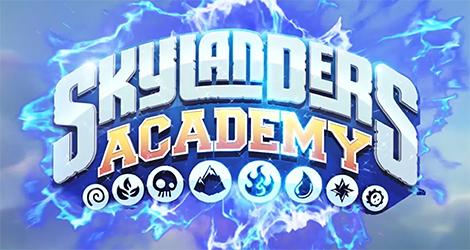 Check Out the Trailer for 'Skylanders Academy,' Which Comes to Netflix This Month

Activision's 'Skylanders Imaginators' game is tantalizing close to release, and with it comes the 'Skylanders Creator' app on iOS and Android. But also hitting this month (October 28th) from Activision Blizzard Studios is 'Skylanders Academy.'

The first season will premiere exclusively on Netflix, and it will follow the adventures of Spyro, Eruptor, Stealth Elf, Jet-Vac, and Pop Fizz. Based off of the trailer (and really the games) this is only the tipping point. Clearly, Kaos and Glumshanks will be an important part of the show. And with the animated/CG series comes a nice collection of voice talent.

Ahead the premiere, 'Skylanders Academy' has already been greenlit for a second season do out in 2017.