General RAAM joins the fray, but he's also not alone...

As 'Killer Instinct' Season 3 approaches, we've got a pretty good idea of what to expect when the season goes live, but let us not forget, there's also four other characters we've been promised to get before the season ends. And apparently,two of those characters are already in development. According to Shoryuken, a leak from a NeoGAF user has revealed that Microsoft will be loaning out another one of their tentpole franchises to Iron Galaxy, as 'Gears of War's General RAAM, as well as a new female character named Mira--who is revealed during Maya's storyline to be her dead sister--are in the works. 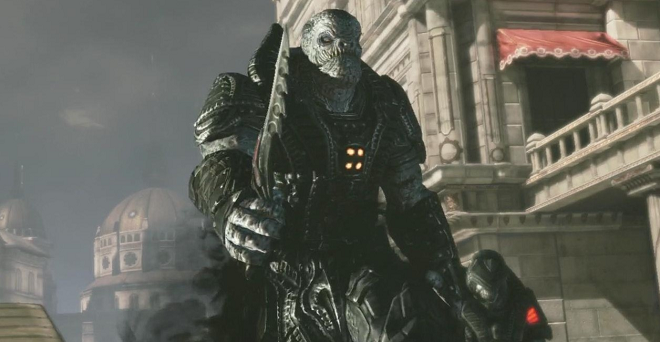 Now, this seems to be a leak from the PC version of the game which is set to hit when the new season does on March 29th, and as such, there's very little go off of besides a screenshot of his name on the character select screen, but Mira is there, with a cropped shot of her character in a normal stance, looking a lot like a female Raziel from 'Soul Reaver'.

Another interesting morsel to be found is an 'XCOM'-ish hub screen for some sort of global play mode concerning a worldwide threat. That one's a headscratcher, but it definitely seems to be happening. So, now, all we can do is wait for Microsoft to confirm the details for us.