'Gears of War: Ultimate Edition' Owners Will Get Their Free Games In Time For Christmas

Free 'Gears' saga codes to start rolling out next month.

With all this talk of the fated backward compatibility list, 'Gears of War' probably just remembered they were promised copies of the four original games with their purchase of the Ultimate Edition. Today, we now when chainsaw gun-wielding St. Nick arrives. 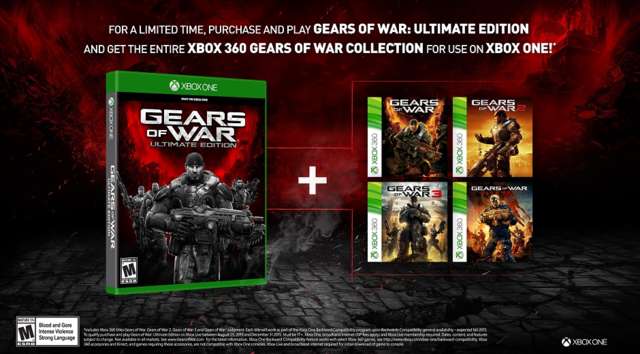 Codes for the original four titles will start rolling out in waves starting on December 1st. The codes themselves will be delivered through Xbox Live's messaging system, so you might want to stop ignoring those notifications next month, no matter how many times your little cousin keeps bugging you to play 'Call of Duty'.

Also, this is a fine time for the friendly reminder that the Ultimate Edition promo is still valid until December 31st. You simply have to play a new copy of the game while connected to Xbox Live anytime between now and then, and eventually, you'll have your download tokens. Merry Christmas, indeed.